Home Statements Rohingya refugees must be included in the formulation and implementation of resettlement, rehabilitation and repatriation plans and processes 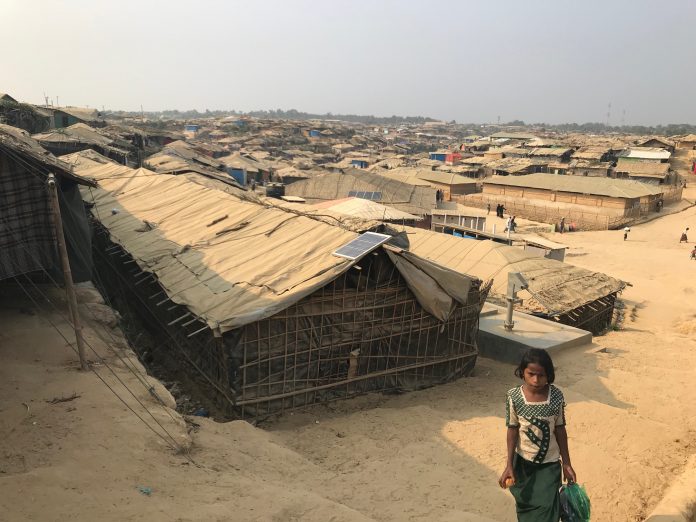 The Asian Forum for Human Rights and Development (FORUM-ASIA), together with its members in Bangladesh, conducted a fact-finding mission into the situation of Rohingya refugees at Lambasia, Kutupalong, Balukhali and Thyingkhali makeshift camps of Cox’s Bazar on 24-28 March 2018. These camps house around 550,000 of the 695,000 Rohingya refugees who have arrived in Bangladesh since 25 August 2017.

The main objective of the mission was to assess the human rights and humanitarian situation on the ground, and the measures that have been taken to respond to the situation by various actors. As part of the mission, the team met with government authorities coordinating and managing the refugee camps, service providing agencies, local civil society organisations, human rights defenders and refugees themselves.

The Rohingya refugees interviewed, survived horrendous atrocities, including torture, sexual violence and mass execution. They also lost properties including foodstuff and livestock, as their houses were set on fire. The scale of the atrocities recounted by the refugees revealed clear patterns and elements of mass atrocity crimes (genocide, war crimes and crimes against humanity).

Considering the scale and magnitude of the crisis, the fact-finding mission understands that it is not an easy task to manage a crisis of this scale and magnitude. The fact-finding team would like to put on record the appreciation and gratefulness of the refugees receiving shelter and services provided by the people of Bangladesh, local and international communities.

The team was informed that the supply of essential commodities, such as rice, edible oil and pulses, were fairly distributed in the camps. Basic medical care was also available. However, the refugees indicated the requirement of specialised medical care for survivors of sexual violence and other complicated cases. As regards to sanitation and hygiene, insufficient toilets and water supply was visible. Some camps were seemingly vulnerable to landslides and floods. The refugees were not aware of relocation plans to deal with the upcoming monsoon and any preparation for repatriation.

On the basis of preliminary findings and observations, a detail report will be shared shortly, the fact-finding team would like to draw the attention of the Governments of Bangladesh, Myanmar, China, India, the Association of Southeast Asian Nations (ASEAN), and the international community to the following: