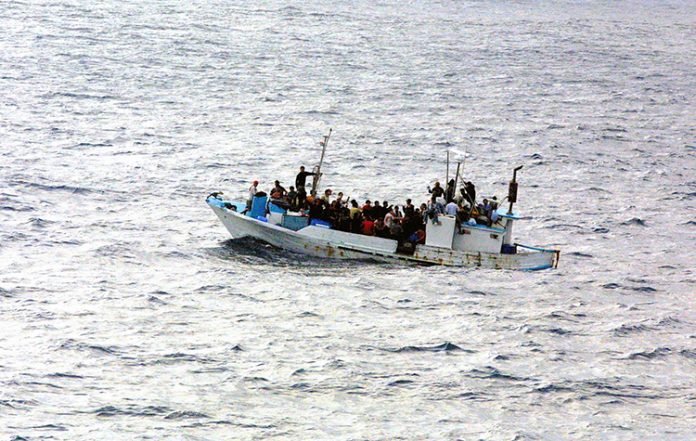 FORUM-ASIA calls on all participating countries to move beyond ad hoc responses and look for holistic and sustainable solutions. The regional human rights group also urges the participating governments to create a Taskforce and Action Plan to ensure sustained collaboration both in responding to the current humanitarian crisis as well as in addressing the root causes of the crisis.

(Bangkok, 28 May 2015) – On 29th May, 17 countries will come together in Bangkok for the “Special Meeting on Irregular Migration in the Indian Ocean” hosted by the Thai Government. Ahead of the meeting, the Asian Forum for Human Rights and Development (FORUM-ASIA) calls on all participating countries to move beyond ad hoc responses and look for holistic and sustainable solutions. The regional human rights group also urges the participating governments to create a Taskforce and Action Plan to ensure sustained collaboration both in responding to the current humanitarian crisis as well as in addressing the root causes of the crisis.

Last week, Indonesia and Malaysia agreed to allow some 7,000 migrants stranded at sea to land on their shores, saying they would conditionally shelter them for up to a year. More countries, including the Philippines, the Gambia and the USA, too have indicated their willingness to help in addressing the crisis.

“While we are very glad to see these Governments have realized the inhumane situation the people on the Andaman Sea are in and have decided to help them, it is important to note that if the Special Meeting only looks at the current situation, many more will suffer in the future,” says Evelyn Balais-Serrano, Executive Director of FORUM-ASIA.

The thousands of Rohingya and Bangladeshis currently adrift in the sea have only been offered temporary shelter, and while safe for now, they will still need somewhere to go in the long-run. The issue of their resettlement, even if they are sheltered for a year, should be a priority during the Special Meeting. History has taught us, like with Palestinians still in refugee camps many decades after they fled their homes, that failure to seriously look into resettlement from the beginning might leave them in permanent refugee status with all the debilitating consequences that come with that based on international law.

FORUM-ASIA further emphasizes the need to consider not just the causes of the current stream of migrants and refugees, but to also reflect on how responses to the crisis will influence the places they are coming from and therefore the options for their possible repatriation.

On the one hand, it should be recognised that whatever solution is found for the refugees will have an impact on how the Rohingya are perceived back in Burma, especially by other ethnic groups. Perceived preferential treatment of the Rohingya, however well deserved, will complicate whether they are seen to be part of Burma. In this sense, FORUM-ASIA stresses the need of improving the human rights and humanitarian situation of all people in the Rakhine State, as well as the rest of the country, taking into account the overall complexity of the crisis and working towards durable solutions.

Similarly, recent comments about the mental health of refugees from Bangladesh by Prime Minister Sheikh Hasina clearly indicate that the current crisis has already changed the possibilities for the Bangladeshi refugees to be repatriated.

This is why FORUM-ASIA underscores the need for the Special Meeting to formulate a holistic and long-term approach for addressing the current migration crisis. Collaboration between the different receiving countries in the region will be crucial. The Special Meeting will be a perfect opportunity to create a Taskforce to continue coordination and collaboration far beyond the 29th May meeting.

FORUM-ASIA also believes that different regional and international actors, particularly ASEAN, UNHCR and Governments from other parts of the world, should be requested to play their part in both addressing the situation overall, and in the formation of the Taskforce. A plan of action should include, but not limit itself, to urgently responding to the humanitarian crisis, including the particularly vulnerable position of women and children, but also to reviewing the humanitarian and international law aspects of the situation, and to developing proposals to address the root-causes of the crisis.

Finally and most importantly, FORUM-ASIA calls on all concerned Governments to respond to the crisis in full compliance with international human rights and humanitarian law standards, ensuring non-discrimination in reception arrangements and granting temporary registration and identification of the asylum seekers. Meanwhile, principles of international customary law such as non-refoulement of refugees and asylum seekers should be applied and respected at all times.

“No one would deny how important it is that the 7,000 that are currently at sea in boats are being helped, and will receive the shelter and aid they desperately need. But if there is no long-term solution found for them and their future fellows, it will be like a band-aid that is shortly protecting the wound, but not curing it”, Balais-Serrano emphasised.