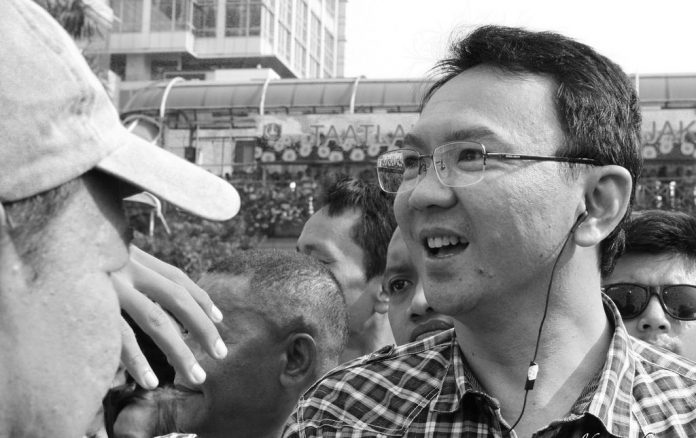 “ASEAN must find ways to ensure that democracy will not be eroded by religious intolerance and groups that take advantage of religious divisions to pursue political agendas. This has already happened in countries like Myanmar, and now we’re seeing the same in Indonesia, which is a barometer of regional democracy.”Regional lawmakers alarmed at conviction of Jakarta governor”

JAKARTA, 9 May 2017 – Parliamentarians from across Southeast Asia expressed concern over the sentencing today of Jakarta’s Christian governor Basuki Tjahaja Purnama, known as Ahok, to two years in prison for blasphemy.

“The verdict is deeply disconcerting not only for Indonesia, but for the entire ASEAN region. Indonesia was thought to be a regional leader in terms of democracy and openness. This decision places that position in jeopardy and raises concerns about Indonesia’s future as an open, tolerant, diverse society,” said Charles Santiago, a member of the Malaysian Parliament and Chair of ASEAN Parliamentarians for Human Rights (APHR).

“Ahok has become a victim of rising extremism and religious identity politics. But this decision has impacts beyond justice for one individual. It is a triumph for intolerance and an ominous sign for minority rights. At a time when fundamental freedoms, including freedom of expression and freedom of religion, are under increasing threat region-wide, this verdict sends the wrong signal to Indonesia’s neighbors in the ASEAN community,” he added.

Ahok, Jakarta’s first Christian governor in five decades, was convicted of blasphemy by an Indonesian court and sentenced to two years in prison on Tuesday, despite the prosecution in the case having recommended conviction on a lesser charge and no jail time. He has vowed to appeal the decision.

The charges stemmed from a September campaign speech, in which he invoked a verse from the Quran in criticizing the arguments of those who suggested that Muslims could not vote for a Christian leader. Discussion of the charges and trial dominated coverage of his campaign for reelection, which he lost to rival Anies Baswedan on 19 April.

APHR said the ruling could embolden religious hardliners in the country and called into further question Indonesia’s harsh blasphemy law, which permits jail sentences of up to five years for those found guilty.

“This case demonstrates the need for Indonesia to take steps to address rising religious intolerance and revise its legislation to ensure compliance with international human rights standards, including freedom of thought, expression, and belief,” Santiago said.

“ASEAN must find ways to ensure that democracy will not be eroded by religious intolerance and groups that take advantage of religious divisions to pursue political agendas. This has already happened in countries like Myanmar, and now we’re seeing the same in Indonesia, which is a barometer of regional democracy.”