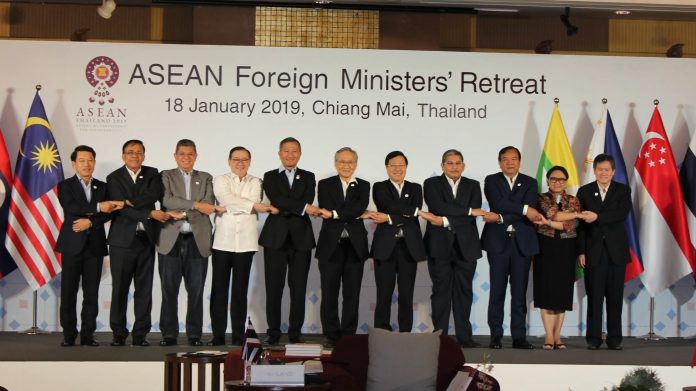 (Bangkok/Jakarta, 18 January 2019) – While the ASEAN Foreign Ministers’ (AMM) Retreat is taking place on 17 – 18 January 2019 in Chiang Mai, the Asian Forum for Human Rights and Development (FORUM-ASIA) calls on the Association of Southeast Asian Nations (ASEAN) to urgently address human rights violations in the region. A first step to do so could be revisiting the Terms of Reference of the ASEAN Intergovernmental Commission on Human Rights (AICHR), and strengthening its protection mandate. The AICHR needs to respond to complaints, investigate cases, and address the deteriorating situation of human rights in the region. As the AICHR marks its ten-year anniversary this year, now more than ever is a good time to review its mandate and functioning.

Southeast Asia is facing many human rights challenges, including: the judicial harassment of human rights defenders and journalists; the persecution of LGBTIQ persons; persistent culture of impunity; extrajudicial killings; and the existence of discriminatory ordinances in the region. Amid all of this, ASEAN has not shown any effort to seek clarification on behalf of victims from Member States involved, nor has it collaborated effectively with civil society organisations to tackle these issues. The AICHR has been further hindered by the ‘ASEAN Way’ of non-interference. Combined with the lack of a clear protection role, the AICHR has failed to realise its full-potential as the overarching human rights body in the region.

It is imperative that human rights and fundamental freedoms are guaranteed to be able to establish an inclusive ASEAN community, as envisioned in the ASEAN Community Vision 2025, the backbone of ASEAN’s development agenda. Yet almost five years since the adoption of the document, the commitment to promote and protect human rights is still side-lined and over-looked.

FORUM-ASIA calls on the ASEAN Foreign Ministers to discuss the possibility of revising the Terms of Reference of the AICHR, particularly the establishment of a complaint mechanism. FORUM-ASIA reiterates the importance of collaboration as envisioned for ASEAN in 2019 under Thailand’s Chairship. For this purpose, we call on the Foreign Ministers to encourage ASEAN to foster synergy among the ASEAN Pillars, the ASEAN Member States and non-state actors, including civil society organisations and marginalised communities. ASEAN needs to show that it is holding itself accountable to its commitments toward its people. Now is the right time for ASEAN to show its relevance.