Home Statements Turning Boats Away Not an Option 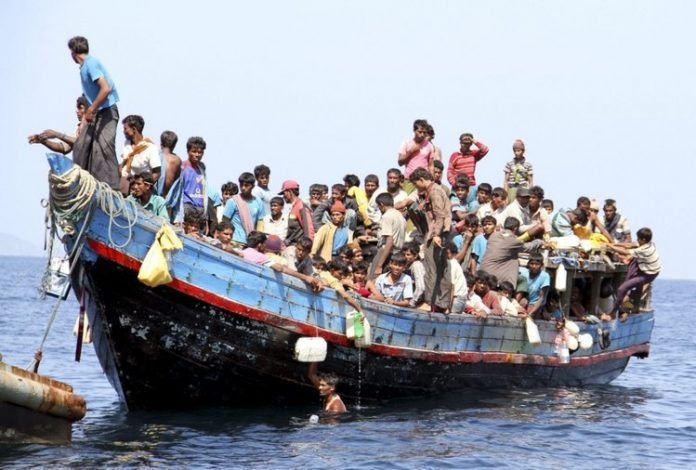 In a statement, volunteer organisation, Migration Working Group (MWG), said that the recent announcement by the Malaysian government that it would push back boats carrying thousands of women, men and children was a looming human tragedy.

Malaysia must act humanely and keep its borders open to receive these survivors of human trafficking, some who are believed to have been at sea for up to three months.

In a statement, volunteer organisation, Migration Working Group (MWG), said that the recent announcement by the Malaysian government that it would push back boats carrying thousands of women, men and children was a looming human tragedy.

“Many will be fleeing systematic persecution and untold horrors in Myanmar and on the Bangladeshi border, and many, including children, will be survivors of human trafficking and other abuses and deprivation,” MWG spokesperson Sumitra Visvanathan said.

“We stand appalled at the decision. We urge our government and agencies to admit, protect and provide for the new arrivals. The time to act is now.”

Malaysia, she said, must set a positive example as a member of UN Security Council and as Chair of ASEAN.

“A coordinated emergency humanitarian response is critical at this time. Instead of washing its hands of the problem and abandoning the thousands of human beings to possibly die at sea, the Malaysian authorities must demonstrate leadership through implementing an emergency response plan to meet their immediate humanitarian needs,” Sumitra said.

MWG lauds the Langkawi police and local communities for their immediate humanitarian response to the recent boat arrivals there, which demonstrated Malaysians’ capacity to aid individuals in dire need.

But the Malaysian government must step up. It should view these recent boat arrivals in Langkawi as the catalyst to spur local and regional action.  “International law and our shared common humanity demand we respond to individuals in need of international protection,” she said.

The systemic abuse, discrimination and persecution underlying the Rohingya’s refugee protection needs are crystal clear. Under the Universal Declaration of Human Rights, everyone has the right to seek asylum from persecution. While Malaysia is not yet a party to the 1951 Refugee Convention, under customary international law the Malaysian government has an obligation of “non-refoulement” – not to return anyone to places where their life or freedom would be at risk. The Executive Committee of the Office of the United Nations High Commissioner for Refugees (UNHCR) reaffirmed the basic human right to seek asylum and stated that “as a general rule, asylum seekers should not be detained” and should be admitted to the State in which they first seek refuge. We must be guided by the international standard.

Thus, it is not an option to turn the boats away, neither is it an option to treat all new arrivals as illegal migrants who needed be detained and returned to Myanmar or Bangladesh.

“We urge the Malaysian government to work closely with Malaysian civil society and the UNHCR, to first provide humanitarian relief to everyone on board, and thereafter to screen all boat arrivals to ensure people in need of international protection are accorded their due rights,” Sumitra said.

ASEAN and national governments has been ineffective in handling similar situations although it had been occurring in the region for many years.

“It is precisely because of this inaction in the face of well-documented horrific abuses and killings, that human traffickers and criminal syndicates have flourished. Similarly there have been vast and protracted regional displacement of groups like the Rohingya, and thousands have ended up in horrific Thai trafficking camps,” she said.

The decision to turn back the boats compounds the authorities’ indifference, and would only serve to fuel the scale of the tragedy and is potentially a death sentence for the women, men and children onboard.

As recent as last month, Malaysia’s Foreign Minister emphasised that the Rohingya refugee issue should be resolved within ASEAN.

“We support this and echo the call by the Thai Government to urgently and sustainably address this as a regional issue through a cooperative ASEAN and inter-agency framework for action, but while we get this going, we must not abandon thousands of people in need. We must protect them,” she said.

The Migration Working Group (MWG) is a network of Malaysian civil society groups and individuals who advocate for the rights of migrants, refugees, stateless persons, trafficked persons and foreign spouses.