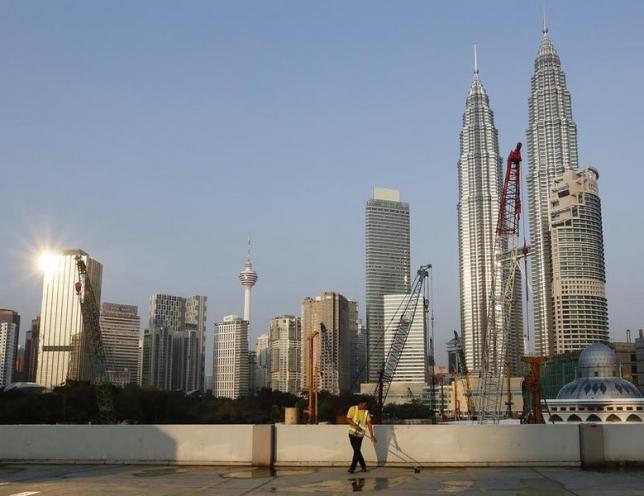 Such a discovery is irrefutable proof that human trafficking has been ongoing, on a large scale and for a considerable period of time, on Malaysian soil.  The Malaysian Government’s alleged ignorance of this atrocity, which is incredulous, must not be disregarded or rewarded.

The Malaysian Bar is perturbed by recent news reports suggesting that Malaysia will be upgraded from Tier 3 to Tier 2 Watch List status in the rankings in the imminent 2015 Trafficking in Persons (“TIP”) report prepared by the United States (“US”) Department of State.[1]

The TIP report ranks nations according to their willingness and efforts to combat human trafficking.  It is considered as the benchmark index for global anti-trafficking commitments.
Malaysia’s historical ranking in the TIP report is abysmal.  In the 2014 edition of the TIP report, Malaysia was downgraded to Tier 3 because the Government was “deemed not to be making significant efforts to comply with the minimum standards”, and it had made “limited efforts to improve its flawed victim protection regime”.[2]  This is the lowest ranking in the TIP report, and placed us alongside North Korea, Syria, and Zimbabwe.

The 2014 TIP report also stated that Malaysia had been granted consecutive waivers in 2012 and 2013 from an otherwise required downgrade to Tier 3, on the basis of a written plan for compliance with the minimum standards for the elimination of human trafficking.  Malaysia was downgraded in 2014 because the Government had not adequately translated the written plan into action.

The US Ambassador to Malaysia has reportedly suggested that the Malaysian Government needs to show greater political will in prosecuting human traffickers and protecting their victims, if the Government hopes to improve its currently lowest ranking in the TIP report.[3]

It is inconceivable that Malaysia should receive an upgrade in 2015 based on the recent amendments to the Anti-Trafficking in Persons and Anti-Smuggling of Migrants Act 2007, which, in any event, have yet to come into force.  If there is any lesson to be learnt from recent experience, it must be that the Government has an excellent record of drafting written plans, but a less than satisfactory record of implementing them.  As such, the upgrade of Malaysia, if it were to occur, would be premature and undeserved.

Further, the gruesome discovery of the “death camps” and mass graves of victims of human trafficking in May 2015[4] must necessarily be taken into consideration in the decision concerning Malaysia’s current ranking, despite the cut-off date of March 2015 for the report.

Such a discovery is irrefutable proof that human trafficking has been ongoing, on a large scale and for a considerable period of time, on Malaysian soil.[5]  The Malaysian Government’s alleged ignorance of this atrocity, which is incredulous, must not be disregarded or rewarded.

On 15 July 2015, nineteen members of the US Senate acknowledged that amendments had been made to Malaysia’s anti-trafficking laws, but that “additional work remains to ensure that this legislation is implemented in a manner consistent with the recommendations in the 2014 report”.[6] On 17 July 2015, a bipartisan group of 160 Members of Congress said that they have “seen no reason during the reporting period for this year’s TIP Report that would justify moving Malaysia back to the Watch List.  If anything, the situation in Malaysia has grown worse.  Malaysia has earned its place on Tier 3.”[7]

It has been alleged that the US Government’s impending decision to upgrade Malaysia to Tier 2 Watch List is aimed at avoiding complications that may arise in connection with the Obama administration being granted Trade Promotion Authority, which is “fast-track” trade negotiating authority for free trade agreements such as the Trans-Pacific Partnership Agreement (“TPPA”)[8].  The latest Trade Promotion Authority legislation bars the US from enacting trade deals with countries placed in Tier 3 of the rankings in the TIP report.[9]

Any upgrade of Malaysia in the 2015 TIP report would therefore appear to be primarily motivated by a desire to allow Malaysia to be included in the TPPA.  If so, the upgrade being contemplated is wholly misplaced and unconscionable.  The safety and protection of hundreds, possibly thousands, of victims of human trafficking must ultimately be of greater value and importance than trade agreements and political expediency.

Malaysia was shielded from the full effect of being downgraded in the 2014 TIP report when, in September 2014, President Barack Obama exempted Malaysia from US sanctions that could have been imposed on countries designated as Tier 3.[10]  Malaysia should not continue to expect to be treated with kid gloves, and the 2015 TIP report should not exculpate Malaysia from the shortcomings in its legal obligations, both international and domestic, to protect victims of human trafficking.

In coming to its determination concerning Malaysia’s ranking, the 2015 TIP report must not only consider the fact that measures have been formulated to address the scourge of human trafficking, but it must also evaluate their actual implementation and effectiveness.  An upgrade should only be given as and when it is truly warranted, namely when tangible measures have been effectively implemented and positive results clearly demonstrated.

An upgrade at this juncture would thus be a hollow victory of form over substance.  The lives of an untold number of individuals bear silent testimony to the conclusion that Malaysia has yet to earn any upgrade.

Amidst the vortex of economic and political issues engulfing the nation, the suffering and anguish of the victims of human trafficking, and their families, must not be forgotten.