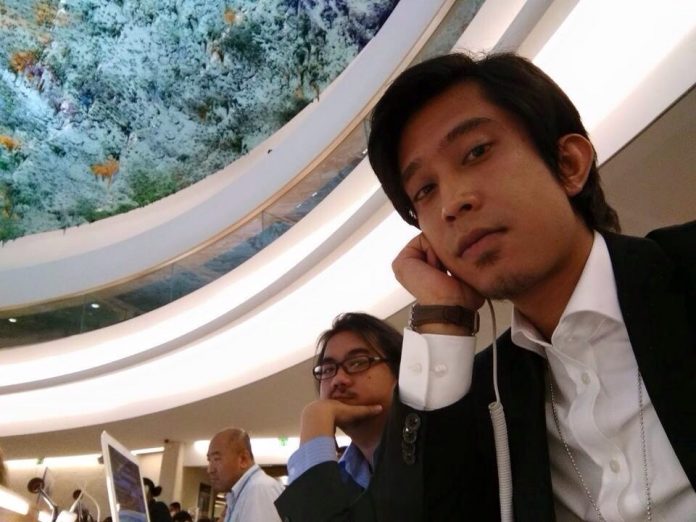 We reaffirm our concerns and reiterate our call for the A-G to acquit Adam Adli, and for the Government to drop all charges against those who have been criminalised under the repressive Sedition Act. Repealing the Act would represent Malaysia’s commitment to human rights in keeping with its democratic character that continues to fade away

(Bangkok, 17 February 2016) – The Asian Forum for Human Rights and Development (FORUM-ASIA) together with its members in Malaysia, Suara Rakyat Malaysia (SUARAM) and Pusat Komunikasi Masyarakat (KOMAS) express serious concern over the continued use of the archaic Sedition Act to silence dissidents, opposition leaders, and human rights activists, such as prominent student activist Adam Adli.

Adam Adli was charged on 23 May 2013 for alleged remarks he made in a rally on 13 May 2013, presumably in order to incite people to go out on the street and overthrow the Government by undemocratic means. On 19 September 2014, the Kuala Lumpur Sessions Court imposed a 12-month jail sentence. The High Court will hand down a verdict on his appeal tomorrow, 18 February 2016.

“The verdict in the High Court for Adam Adli’s case will serve as a test of Malaysia’s commitment to safeguard the right to freedom of expression in Malaysia,” says Evelyn Balais-Serrano, the Executive Director of FORUM-ASIA.

On 15 January 2016, the High Court found Hishamuddin Rais, a social activist, guilty on charges of sedition. He allegedly had asked people to march and protest the 2013 election results, which he deemed to be unfair. He was sentenced to a 9-month jail sentence.

While welcoming the decision of the Attorney-General of Malaysia (A-G) to drop the charges against Azmi Sharom, a law lecturer at Universiti Malaya, under Section 4(1) of the Sedition Act 1948, we urge the A-G to uphold the fundamental rights of the Malaysian people by discontinuing the criminal proceedings under Sedition Act against Adam Adli and others.

Prime Minister Najib Razak’s promise in 2011 to repeal the Act has remained lip-service. It was reported by SUARAM that the number of those who have been arrested and investigated has significantly increased from 29 in 2014 to 206 cases in 2015.The Malaysian Government’s actions are also in contradiction with the commitments it made when voting in favour of the United Nations General Assembly resolution “Recognising the role of human rights defenders and the need for their protection” in December 2015.

“We reaffirm our concerns and reiterate our call for the A-G to acquit Adam Adli, and for the Government to drop all charges against those who have been criminalised under the repressive Sedition Act. Repealing the Act would represent Malaysia’s commitment to human rights in keeping with its democratic character that continues to fade away,” concludes Balais-Serrano.

FORUM-ASIA is a Bangkok-based regional human rights group with 58 member organisations in 19 countries across Asia. FORUM-ASIA has offices in Bangkok, Geneva, Jakarta and Kathmandu. FORUM-ASIA addresses key areas of human rights violations in the region, including freedoms of expressions, assembly and association, human rights defenders, and democratisation.