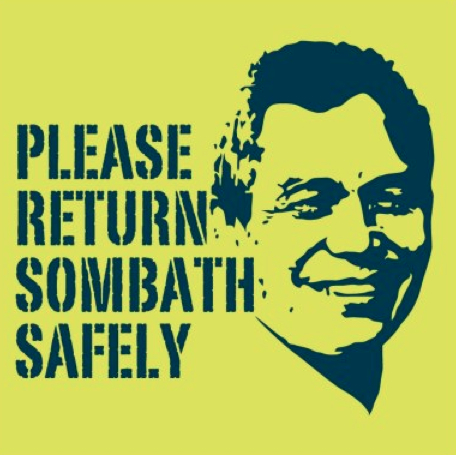 Two years after prominent Laotian activist Sombath Somphone was last seen at a police checkpoint, the Laotian government must do more to investigate his suspected enforced disappearance, said the International Commission of Jurists (ICJ) in a new report released today.

In the report, Missed Opportunities: Recommendations for Investigating the Disappearance of Sombath Somphone, which was co-authored by Michael Taylor QPM, a leading international investigator, the ICJ noted that despite the passage of two years since Sombath Somphone’s apparent enforced disappearance on December 15, 2012, very little information about the progress of investigation has been released to the public or his family.

“The fact that the Lao PDR government’s last report on the progress of the investigation was released over 18 months ago raises serious concerns as to whether the Laotian authorities are in fact carrying out an effective investigation into this case as they are required to do under international law,” said Sam Zarifi, ICJ’s Regional Director for Asia and the Pacific.

“It is not enough for the Laotian government simply to assert it is investigating this case. International law obliges Lao PDR authorities to conduct an investigation that is credible and effective, along the lines suggested in ICJ’s report.”

Among other recommendations, the ICJ’s report suggests a range of investigative steps that should be addressed by the authorities of Laos PDR including establishing a relationship with Sombath Somphone’s family, carrying out a proper technical assessment of the Closed circuit Television (CCTV) footage of his abduction, analyzing relevant cell phone information from telephone cells and towers, and mandating an independent expert body to review the results of the investigation to date and make recommendations.

The Lao PDR government has denied any involvement in Sombath Somphone’s abduction.

But reports released by police reveal a wholly inadequate investigation that has not come any closer to a credible explanation as to his fate or whereabouts.

“The ICJ hopes that this report will assist the Laotian authorities to identify potential leads in the case so that the truth as to the whereabouts and fate of Sombath Somphone can finally be established and those who are responsible for criminal conduct and violations of his rights can be brought to justice,” said Zarifi.

“One of the conclusions of the ICJ’s review of the publicly available material regarding this case is that this case remains ‘eminently solvable’ if proper investigative methodology is followed.”

Key recommendations in the report include:

Ensure an independent comprehensive review of the scope, methodology and results of the investigation to date is carried out by a competent, independent and relevantly expert body. Such a body should have the authority to request and receive all relevant information, question individuals and make recommendations. All officials and experts who have been involved in the investigation to date should cooperate and provide information to the independent body carrying out the review.

Sombath Somphone, Lao PDR’s most prominent community development advocate and a Ramon Magsaysay Award winner, was last seen on December 15, 2012, on a road in the capital Vientiane.

As a State Party to the International Covenant on Civil and Political Rights (ICCPR and Convention Against Torture and Other, Inhuman or Degrading Treatment or Punishment (CAT), the Government of Lao PDR has the duty to carry out independent, impartial and effective investigations into cases of alleged enforced disappearance.