Home Statements Myanmar: Five years since genocide, the world must act to ensure justice for Rohingya 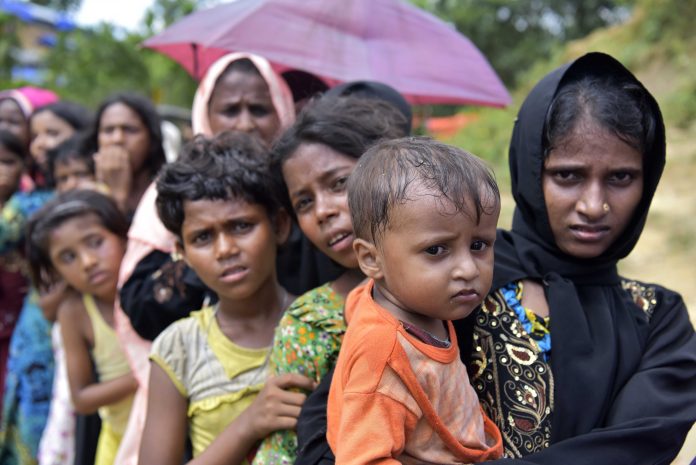 In marking the five-year commemoration of the genocide committed against the Rohingya in 2017, 384 civil society organizations reaffirm our commitment to continue to stand in solidarity with and seek justice for the Rohingya, to ensure the full restoration of their rights in Myanmar, and to end the impunity of the Myanmar military. The plight of the Rohingya must not be forgotten.

On this day five years ago, the Myanmar military launched a terror campaign in Rakhine State against the Rohingya and massacred, tortured, raped, and burned villages. They forced three quarters of a million people to flee to Bangladesh where they remain today alongside a quarter of a million Rohingya who fled earlier persecutions in Myanmar. Around one million Rohingya are struggling to survive in crowded refugee camps in Bangladesh, waiting to return to their home and their country in dignity with their full rights restored.

The return of Rohingya to Myanmar is substantially predicated on ending the impunity of the Myanmar military and accountability for the grave atrocity crimes the military has committed, including by prosecuting individuals who are most responsible. Yet, progress towards justice and accountability has remained minimal, made even more elusive by the military’s attempted coup on February 1, 2021.

As the military commits war crimes and crimes against humanity throughout the country, perpetrating similar crimes committed against the Rohingya in 2017 during its ‘clearance operations’, on 10 August 2022, the junta’s spokesperson for Rakhine State, U Hla Thein, told Radio Free Asia the junta is making plans to repatriate Rohingya refugees to Rakhine State – at the rate of 150 people per day starting in September 2022. This is a part of its ongoing desperate attempt to gain legitimacy from the international community. As recently expressed by the High Commissioner for Human Rights during her visit to Cox’s Bazar in Bangladesh, “conditions are not right for returns” and “Repatriation must always be conducted in a voluntary and dignified manner, only when safe and sustainable conditions exist in Myanmar.”

Rohingya in Myanmar continue to live under genocidal policies in apartheid-like conditions, systematically denied citizenship, with severe restrictions on fundamental freedoms including freedom of movement, access to health, education and other essential services. They are arbitrarily arrested, detained and treated as criminals for traveling outside of confined areas and further dehumanized for attempting to flee appalling conditions within Rakhine State. The over 130,000 Rohingya that remain in open air prison camps in Rakhine State face new restrictions on movement and aid blockages since the attempted coup. In effect, the genocidal acts of deliberately inflicting conditions of life that are calculated to bring about the Rohingya’s physical destruction, in whole or in part, are continuing to be perpetrated by the military junta, leading to their “slow death”.

Emboldened by the lack of international, concerted action to hold the military accountable, the world is bearing witness to the military’s atrocity crimes, amounting to war crimes and crimes against humanity, that are now being perpetrated against the wider population in Myanmar as people bravely resist the junta’s ongoing violent attempt to seize power which has failed after 18 months. These crimes are all too familiar to the ethnic communities who have endured decades of atrocities by the Myanmar military.

Five years on, words have not turned into robust action as more statements of “grave concern” pile on to the condemnation of military’s atrocity crimes. Actions must speak louder.

We welcome the ruling by the International Court of Justice (ICJ) on the preliminary objections lodged by the military junta in the case of Rohingya genocide brought forward by The Gambia, which has paved the way for the court to adjudicate the merits of The Gambia’s case. With this ruling, governments must send a strong message to the Myanmar military that they will be held accountable for their crimes by supporting The Gambia’s case – including lending legal, financial and technical support. In addition, the UN Security Council, and the UK as the “penholder” on Myanmar, must convene a meeting on the progress of the implementation of the provisional measures.

Efforts to hold the Myanmar military criminally accountable must be expedited. This includes supporting universal jurisdiction cases to prosecute the military, in particular the universal jurisdiction case in Argentina. It is vital that the international community continue to explore other avenues for full justice and accountability, including a UN Security Council referral of the situation in Myanmar to the International Criminal Court or to set up an ad-hoc tribunal.

We welcome the US government’s determination earlier this year that crimes committed against Rohingya amount to genocide. Five months have passed since this decisive step. The US must bolster accountability efforts by joining The Gambia case at the ICJ and impose further sanctions including sanctioning the Myanma Oil and Gas Enterprise (MOGE) – one of the junta’s main sources of foreign currency revenue.

The Myanmar military continues to enrich themselves through their businesses and are enabled by the web of arms brokers that supply them with weapons and equipment to carry out their atrocity crimes. There must be further efforts to impose targeted sanctions against their businesses, partners and cronies. Governments must impose arms embargo against the military, including on jet fuel to the military, while working towards a coordinated global arms embargo.

The ongoing crimes against the Rohingya underscore the importance of the National Unity Government (NUG), as the legitimate government of Myanmar, to translate the policy of the NUG into a concrete set of actions and implement the provisional measures ordered by the ICJ. These can include by fully and meaningfully engaging with the Rohingya to restore their equal rights, recognizing the Rohingya as an ethnic and indigenous group to Myanmar, and ensuring their representation in the ongoing political processes, including in the highest echelons of the NUG governing structures. The NUG, the National Unity Consultative Council (NUCC) and the Committee Representing Pyidaungsu Hluttaw (CRPH) must immediately amend the discriminatory 1982 Citizenship Law by removing all discriminatory articles and clauses as pledged in its policy paper, and repeal the racist and xenophobic four “Race and Religion Protection Laws” and the National Verification Process that has long been used as a tool for genocide. The people of Spring Revolution have shown their solidarity and empathy with the Rohingya community since its start. It is time that the NUG translate its policy and people’s solidarity into actions.

For the PDF version of this statement in English, click here

For the PDF version of this statement in Burmese, click here