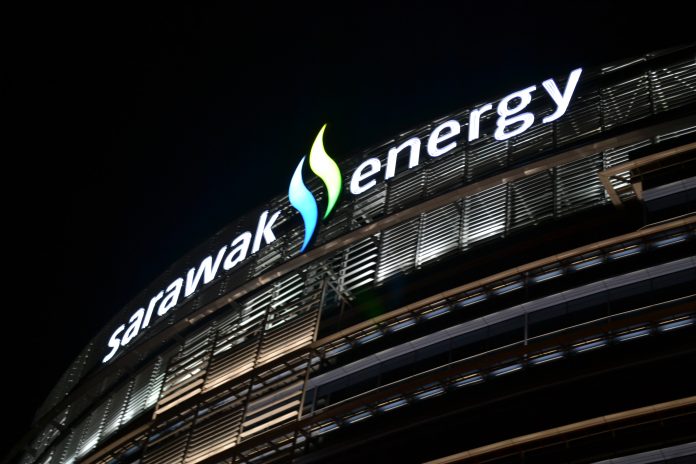 As the International New York Times’ Energy for Tomorrow Conference gets underway at the Grand Hyatt Kuala Lumpur, human rights and environmental groups will be outside raising concerns about the ethics of the meeting’s main corporate sponsor, Sarawak Energy Bhd (SEB).

Kuala Lumpur – As the International New York Times’ Energy for Tomorrow Conference gets underway at the Grand Hyatt Kuala Lumpur, human rights and environmental groups will be outside raising concerns about the ethics of the meeting’s main corporate sponsor, Sarawak Energy Bhd (SEB). The two day meeting is bringing together business interests, government officials and representatives of multilateral institutions, including the Asian Development Bank, to discuss clean energy options for the Asian region. However, the gold sponsor of the event, Malaysian power supplier and dam developer, SEB, has no track record of pursuing sustainable energy projects. To the contrary, SEB has gained a national and international reputation for complicity in rampant human rights abuses, environmental destruction, disrespect for native customary rights, and in acts of corruption.

“The conference organizers say the meeting today will open up a debate on the theme of ‘powering sustainable development’. Yet, they appear to have turned a blind eye to the reputation of their primary sponsor, SEB. This is a company that has been violating rights enshrined in our national constitution. SEB’s outright disrespect for the law of the land – most particularly shown in the push to develop the Baram Dam on Native Customary Rights land without the consent of the rightful landowners – does not deserve to be condoned, but should rather be condemned during a discussion about the region’s power development options,” explained Serene Lim of the national human rights organization, SUARAM.

Added Thomas Jalong, president of the national indigenous peoples’ network, Jaringan Orang Asal SeMalaysia (JOAS), and resident of Baram,“It is disappointing that a reputable organization like the International New York Times would not have considered the implications of featuring SEB as their main sponsor and its Norwegian CEO Torstein Dale Sjotveit as a panelist. SEB’s total disregard for Sarawak’s vast biological diversity, ecologically and culturally significant places, and indigenous peoples’ rights, disingenuous engagement with project affected communities and right holders, and drive to pursue quick profits at the expense of future generations should not be overlooked by conference participants and organizers. We are making our voices heard outside the conference, as regrettably, for such an important meeting, no representatives of indigenous communities or from civil society organizations have been invited to the table.”

“SEB’s Murum Dam has forced 1,300 people off their customary lands and into resettlement areas where the living conditions are so deplorable that they have been investigated by the Malaysian Bar Council and the national human rights commission, SUHAKAM. The Murum Dam is also beset by technical problems that mean it is currently not functional. Now, SEB is proposing to build the Baram Dam, which would displace up to 20,000 people. Even though SEB is attempting to greenwash its image at the ‘Energy for Tomorrow Conference’, the company is not an environmental business pioneer, nor an innovator of clean energy solutions. To avoid complicity in such violations of internationally recognized indigenous peoples’ rights, businesses and investors present at the New York Times conference should refrain from supporting SEB’s current and planned hydro-generation and transmission projects,” said Tanya Lee of International Rivers.

According to Peter Kallang, chair of the Save Sarawak Rivers Network, “SEB is prepared to destroy our collective heritage: our rivers, the land and our livelihoods. For over a year, the people of Baram have set up barricades to demonstrate our overwhelming opposition to their proposed project. If SEB wants to join the ranks of environmentally and socially accountable companies, a first step would be to respond to the concerns of communities displaced by the Murum Dam, withdraw their proposal to build the Baram Dam, return native customary rights land that has been illegally acquired, seek free, prior and informed consent for all dams proposed as part of the Sarawak Corridor of Renewable Energy (SCORE), as well as comply with standards for doing and disclosing impact assessments.”

During the past month, over forty NGOs from around the world raised the issue of reputational risk involved in a loan being offered to SEB by the Asian Development Bank (ADB). They have warned the ADB that SEB systematically violates indigenous peoples’ rights, is marred by charges of corruption and promotes environmentally destructive hydroelectric dams, against the will of affected people. They have accordingly called on the ADB’s management, including its Board of Governors and Board of Directors, to urgently withdraw the proposed loan from the bank’s portfolio.

Joan Carling, secretary general of the Asia Indigenous Peoples Pact (AIPP) concluded, “When power grids and power projects are built, they affect indigenous peoples’ land and livelihoods. Industry best practice and international law require consent from all affected indigenous peoples’ groups. SEB is one company that has been exposed for systematically disrespecting free, prior and informed consent. The legacy of massive human rights violations wrought by large dams and related infrastructures to indigenous peoples are being ignored by the government of Malaysia and SEB. ‘Business as usual’ to ensure mega-profits and kickbacks for politicians in the name of development underpins these kinds of projects.  On behalf of our 47 member organizations across Asia, AIPP expresses its serious concern that Asian governments, companies, the ADB and other financial institutions continue to disregard the right of affected indigenous peoples to free, prior and informed consent for projects that affect them.”