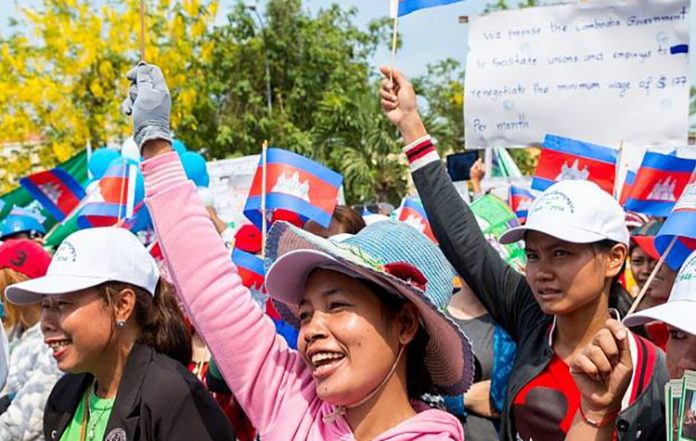 FORUM-ASIA reiterates its condemnation of all forms of violence against women and girls and calls on all Governments across Asia to make effective contributions to stop gender-based violence. Violence against women is a fundamental violation of human rights. Without the elimination of all threats or acts of such violence, the full realisation of human rights in Asia will never become a reality.

Today, 25 November, is the International Day for the Elimination of Violence against Women. The United Nations (UN) has designated the day to increase awareness about common forms of violence disproportionately committed against women. On this day, the Asian Forum of Human Rights and Development (FORUM-ASIA) reiterates its condemnation of all forms of violence against women and girls and calls on all Governments across Asia to make effective contributions to stop gender-based violence. Violence against women is a fundamental violation of human rights. Without the elimination of all threats or acts of such violence, the full realisation of human rights in Asia will never become a reality.

UN Women, in a recent statement, calls violence against women and girls a “pandemic of global proportions”. It remains one of the most serious – and most tolerated – human rights violations across the world. This both a cause and a consequence of gender inequality and discrimination. Asia is no exception in this.

According to the World Health Organisation (WHO), one in three women worldwide have experienced physical or sexual violence in their lifetime, mostly by an intimate partner. It occurs in many different forms, including child marriage, female genital mutilation, domestic violence, rape, enslavement of women in conflict areas, the killing of women human rights defenders and the lack of attention or action of officials on women’s testimonies of violent experiences.

These acts of violence are visible. They take place in our communities and houses, in private and in public. Particularly in male-dominated societies in Asia we have been taught to look away or worst, have learned to accept such violence as normal. To some extent this makes all of us responsible for allowing violence against women and girls to become normalised.

However, there are still many issues that urgently need to be addressed and where direct action is needed. This is particularly obvious when considering the current humanitarian and refugee crisis. Women and girls are among the most vulnerable in conflict areas and during humanitarian crisis. The current millions of people fleeing from conflicts in their home countries affects Asia enormously, and puts women and girls at risk on a daily basis.

Combating all forms of violence against women and girls is a key priority for FORUM-ASIA and an integral part of creating an environment in which the human rights of all people are fulfilled. More sectors, actors and stakeholders need to be engaged to realise gender-equal societies, free from discrimination and violence.

So on the occasion of the International Day for the Elimination of Violence against Women, FORUM-ASIA wants to highlight the significance of ending all threats and acts of violence against women and girls. We call on all Governments, civil societies and individuals across the region to take action and promote an Asia free from gender-based violence.