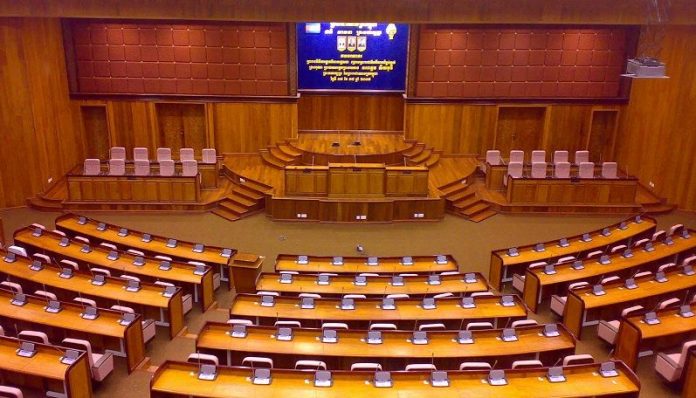 Parliamentarians from across Southeast Asia today decried an effort to fast-track legislation by the ruling party in Cambodia targeting the political opposition, and called on regional and international actors to condemn the move as well.

JAKARTA — Parliamentarians from across Southeast Asia today decried an effort to fast-track legislation by the ruling party in Cambodia targeting the political opposition, and called on regional and international actors to condemn the move as well.

“The passage of this bill would mark the death knell for democracy in Cambodia. We’re talking about a move that could turn the country into a de facto one-party state and completely undermine the legitimacy of elections only months away,” said APHR Chairperson Charles Santiago, a member of the Malaysian Parliament.

“As lawmakers, it’s particularly alarming to see a bill that threatens the successful functioning of the legislative branch advance this quickly, without sufficient time for dialogue or debate. International partners and governments should be condemning this move and demanding that the CPP change course.”

The proposed bill contains amendments to the Law on Political Parties that would give the executive and judicial branches unprecedented power to suspend and dissolve parties. The draft, based on changes requested by Prime Minister Hun Sen earlier this month, was approved by the National Assembly’s legislative commission without amendment on 14 February and is slated for final passage on Monday.

Among the proposed changes to the law include new clauses allowing the Supreme Court to dissolve political parties and bar party leaders from political activity for violating a series of vaguely worded prohibitions, such as threatening “national unity” or the “security of the state.” The bill also includes a prohibition on individuals convicted of crimes from serving in party leadership. The restrictions are widely seen as targeting the opposition Cambodia National Rescue Party (CNRP), which has been hit hard by a series of politically motivated court cases against many of its top leaders, often in direct violation of constitutionally mandated parliamentary immunity protections.

“The greatest irony of all here is that the text of the law prohibits parties from taking action to subvert multiparty democracy. Yet that’s exactly what the bill itself threatens to do,” said Walden Bello, an APHR Board member and former Congressman from the Philippines.

“The proposed provisions are blatantly partisan and targeted squarely at the opposition—part of an ongoing effort to cripple the opposition party, with no regard for the negative impacts on core democratic institutions.”

Regional lawmakers further stressed that the vote on Monday, as well as the ongoing attacks on opposition parliamentarians in Cambodia, has regional implications.

“What’s going on in Cambodia today is a canary in the coal mine for attacks on democracy region-wide,” Charles Santiago said.

“We’ve seen similar moves in Malaysia and elsewhere. But now the CPP is taking it to a whole new level. We must stand with our Cambodian brothers and sisters who are working to defend democratic principles in the face of this unprecedented onslaught.”