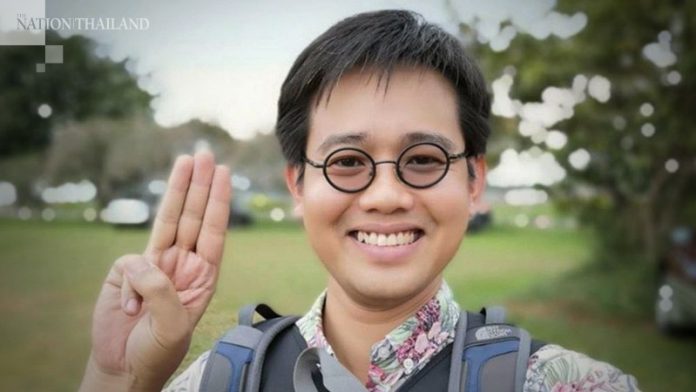 Four months since political exile Wanchalearm Satsaksit was abducted on June 4 in Phnom Penh, all that his family and friends can do is try to keep alive their dying embers of hope.

“Seven years ago, during an election in Bangkok where I worked for a candidate’s campaign staff, I met Tah [Wanchalearm] who was working on the data team,” Prakaidao Phurksakasemsuk, Wanchalearm’s former girlfriend, told The Mirror Foundation, a social development NGO.

“Tah was respectable and yet funny. I was the youngest and he took care of me,” she recalled, revealing that her father was an alleged lese majeste offender which drew her into the political route.

“Tah and I were both into politics, but he was more mature,” she said. “But no one knows that he was discouraged, sad and angered too.”

The year 2019 was a tough period for the two. They could not live a normal life because of the path that they had chosen. Wanchalearm was ready to sacrifice himself for his belief, while Prakaidao wanted to step back from all the risk.

“I lived with him there [Cambodia] for two years studying for my master’s degree in a collaboration project between French and Cambodian universities,” Prakaidao said.

“A political refugee means different things to each person,” she said, explaining that there were various types of Thai people who had lost their basic rights to live in the motherland.

“I think he did not leave for the third country because of me. Before we lived together, I flew to meet him every month. We had an argument about living in France.” She explained it would be harder for him to meet her and he had got used to an Asian lifestyle.

“I couldn’t sleep. I dreamed of him. I cried for him,” she said, even though they had broken up. The news of Wanchalearm’s disappearance still deeply pains her, she said.

Prakaidao still hopes that one day he would return because the love still lingers in her though they had broken up. Wanchalearm had asked her whether they could be together if he could return to Thailand. That was their last conversation.

“I want political refugees to have a better future,” she said. “I wish they could choose to stay wherever they like. I would love to see them return to fight with their people. It would be better if we were together if they were home. I don’t want to hear of forced disappearance anymore. It killed my youth and my dreams.”

SOURCE Wanchlearm's forced disappearance 'killed my youth and my dreams'