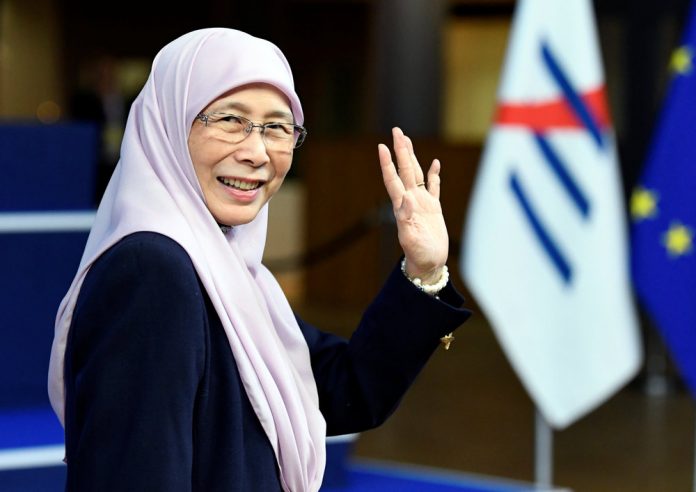 She said Suu Kyi’s reputation as a Nobel laureate has been tarnished by her alleged reluctance to get the Myanmar military to end its long-running campaign of violence against the Rohingya.

“I am sad that Aung San Suu Kyi has done little. We had hoped that she would intervene,” she said to Bernama and RTM after a meeting yesterday with Federica Maria Mogherini, high representative of the European Union (EU) for foreign affairs and security policy, on the sidelines of the 12th Asia-Europe Meeting (Asem) summit here.

Dr Wan Azizah said Mogherini raised the question of the Rohingya refugees at their meeting because Malaysia is a neighbouring country where many of these refugees had fled to following the suppression in Myanmar.

“She (Mogherini) has visited the Rohingya refugee camp in Cox’s Bazar, Bangladesh, and seeks to have the best solution to address the problem because many are suffering.

“I informed her that Malaysia has taken in many Rohingya refugees and we are trying our best to help. We also want the Rohingya to remain in Myanmar,” she said.

A report issued by the United Nations Fact Finding Mission on Myanmar has recommended that top Myanmar military officials should be investigated and prosecuted for genocide and human rights atrocities against the Rohingya but Myanmar has rejected the report as a false allegation.

The two-day Asem summit has gathered the heads of state/government of 51 Asian and European countries, EU representatives and the Asean secretary-general. — Bernama