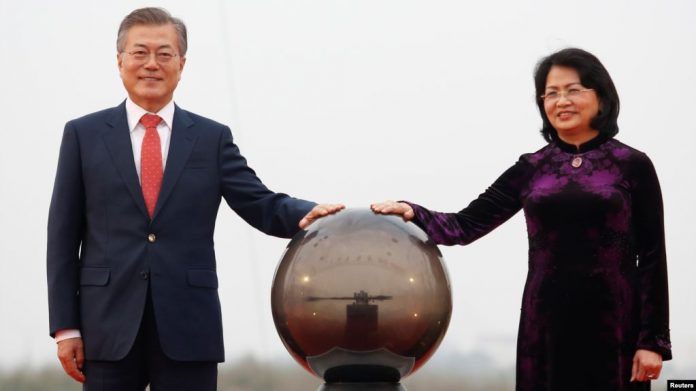 Vietnam’s appointment of its first female president belies a deep gender imbalance in the communist country’s politics and society and will do little to improve women’s rights, advocates said Monday.

“I think while Ngoc Thinh’s appointment is symbolically important, its wider significance is limited to some women who are Communist Party members,” said activist and dissident Do Nguyen Mai Khoi in an email.

“We should however remember that, as an unelected leader who is not accountable to the public, this appointment is not likely to improve conditions for most women in Vietnam.”

Vietnam ranked 61 out of 193 countries in a survey last year of women’s participation in parliament conducted by the Genveva-based Inter-Parliamentary Union. The southeast Asian nation was ranked 166 for women in ministerial positions.

Vietnam’s National Assembly elected Dang Thi Ngoc Thinh as vice president in 2016. She was born in 1959 and holds a bachelor of law and a master’s degree in party building, according to state media reports.

“The appointment of a woman as Vietnam’s president may be historic, but it has more to do with internal party politics than gender,” said Andrea Giorgetta, Asia director for the Paris-based International Federation for Human Rights.

“The reality is that the number of women in decision-making positions at all political levels in Vietnam remains low and reflects firmly-rooted gender stereotypes about the role women in the country’s society,” Giorgetta told Reuters.

Vietnam has no paramount ruler and is officially led by four “pillars” — its president, prime minister, the chief of its Communist Party and the national assembly chair.

The president sits on the powerful decision-making politburo, but is considered to have a more ceremonial role.