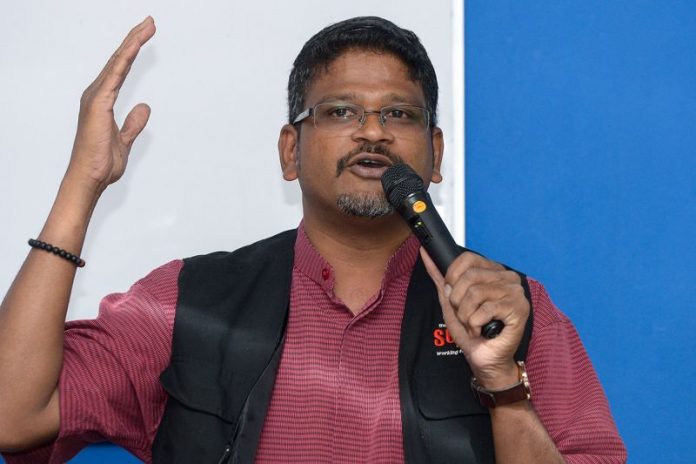 Sevan Doraisamy said in a statement that it was a move away from the primal instinct to inflict pain and revenge, and towards an approach of restorative justice and rehabilitation. ― Picture by Mukhriz Hazim

Its executive director Sevan Doraisamy said in a statement that it was a move away from the primal instinct to inflict pain and revenge, and towards an approach of restorative justice and rehabilitation.

“With this, Malaysia would fully embrace the sanctity of human life in our justice system and prevent the state from inflicting irreparable damage when the state errs in dispensing justice,” he said.

Sevan said Suaram looked forward to the Pakatan Harapan government’s next course of action and vows to give its full support and endorsement in abolishing the death penalty.

Earlier today, Datuk Liew Vui Keong, the minister in-charge of law in the Prime Minister’s Department, announced that the Cabinet had decided to propose the abolition of the death penalty in the Parliament sitting which begins on October 15.

He said that while the government is studying certain cases, as of now, all executions have been halted.

“All death penalty will be abolished. Full stop. We are studying certain issues… we need to look into it and hear the views of all, but as it stands today, the decision is to abolish the death penalty,” he told the media after the “Law Reform Talk” at Universiti Malaya here.

Liew added that with Putrajaya intending to abolish the death penalty, the Pardons Board will be tasked with looking into the applications of death row inmates.

“Our view is that executions should not be carried out we will inform the Pardons Board to look into the various applications for all the death row inmates to either commute or release them.

“When commuted, they would have to face life imprisonment because there had been several deaths that were caused by the offender and so they were sentenced to death by the court,” he said.

Liew added that all the paperwork for the abolition of the law is in its final stages, and that the Attorney General (AG) had given the green light for it to be tabled in Parliament.

“All the papers are in the final stage. The AG has also indicated to us that it is ready to be tabled, hopefully in this (Parliamentary) session,” he said.