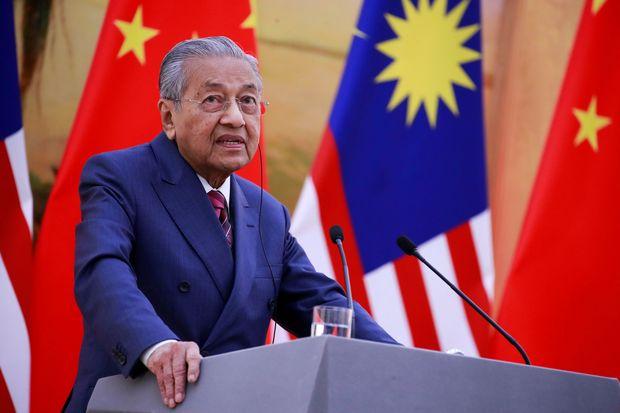 Malaysia’s Prime Minister Mahathir Mohamad speaks during a news conference with China’s Premier Li Keqiang at the Great Hall of the People in Beijing on Aug 20 this year. (How Hwee Young/Pool via Reuters)

“In Malaysia, there are some things we cannot accept, even though it is seen as human rights in Western countries,” Mr Mahathir, 93, told reporters. “We cannot accept LGBT, marriage between men and men, women and women.”

His comments are likely to spark further debate in the country where activists have voiced concern over the hostility towards LGBT groups both from within society and from the administration.

Two women were caned this month for “attempting lesbian sex” in Terengganu, a conservative state in the East. Mr Mahathir denounced the punishment, saying it “did not reflect the justice or compassion of Islam”.

Last month, a gay bar in Kuala Lumpur was raided by police and religious enforcement officials, while a transgender woman was beaten up by a group of assailants in Seremban, near the capital.

The minister in charge of Islamic affairs also came under fire, from activists and other ruling party lawmakers, after he ordered the removal of portraits of two LGBT activists from an art exhibition.

Muslims are also governed by state-level Islamic laws, most of which carry provisions outlawing same-sex acts.