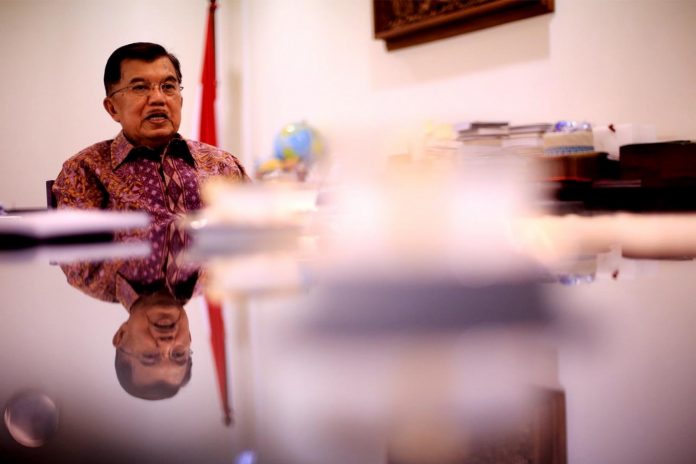 Indonesia Vice President Jusuf Kalla during an interview in his office in Central Jakarta on July 27. (JP/Seto Wardhana)

Vice President Jusuf Kalla has reiterated that Indonesia would not interfere in China’s handling of Uighur Muslims amid pressure from the nation’s ulema council for the government to step in.

“Of course we reject or [want to] prevent any human rights violations. However, we don’t want to intervene in the domestic affairs of another country,” Kalla told journalists on Monday.

Reports circulated that the Chinese government had conducted a massive crackdown on Uighur Muslims in the Muslim-majority Xinjiang autonomous region.

Previously, the Indonesian Ulema Council (MUI) had condemned China over reports of the crackdown, saying it was not in line with the International Covenant on Civil and Political Rights that guarantees religious freedom for every human around the world. China signed the covenant in 1998 but has yet to ratify it.

“The crackdown is an outright violation of basic human rights, as well as international laws,” MUI advisory council leader Din Syamsuddin said on Monday, as quoted by Antara.

The president of the Asian Conference on Religions for Peace also urged the international Islamic Cooperation Organization and the international community to push for the Chinese government to guarantee the Uighurs’ civil rights. (kuk/swd)