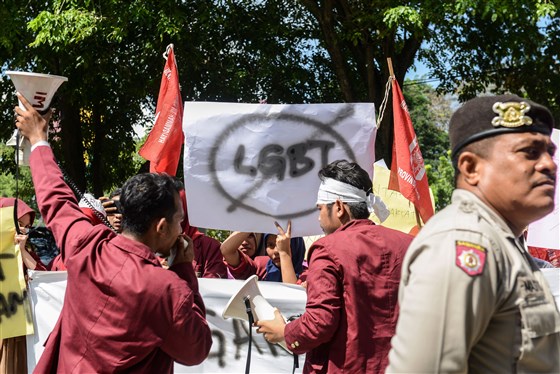 This is the latest example of a rise in government and public hostility toward the LGBTQ community in the world’s largest Muslim-majority country.

JAKARTA – An Indonesian city has approved a bylaw to fine gay or transgender people up to 1 million rupiah ($70) for behavior that could “disturb public order” or be considered immoral, the city’s deputy mayor said on Friday.

The regulation is the latest example of a rise in government and public hostility toward the lesbian, gay, bisexual, transgender and queer community in the world’s largest Muslim-majority country.

Homosexuality is not regulated by law in Indonesia, except in the conservative province of Aceh, but the country has seen a growing number of bylaws targeting LGBTQ people.

The council in the city of Pariaman in West Sumatra passed a regulation on Tuesday banning “acts that are considered LGBT,” deputy mayor Mardison Mahyudin said by telephone.

The regulation, revising an existing public order bylaw, would be evaluated by the governor within 15 days, he said, adding that it was part of the city’s effort to “eradicate LGBT.”

“According to our customs, the Minang customs, we are against such acts and behavior,” he said. The Minang are one of the main ethnic groups living that part of Sumatra island.

The regulation contains clauses to penalize LGBTQ people “who conduct activity that disturbs public order” or commit “immoral acts with the same-sex,” according to a media report citing the bylaw.

Andreas Harsono, a researcher at Human Rights Watch, said the regulation was unconstitutional for being discriminatory.

“It’s a local ordinance that has no grounds on Indonesia’s constitution nor other national laws,” he told Reuters.

“It’s just another sign that Indonesia is increasingly having two legal systems: the constitutional one and the so-called Islamic sharia system.”