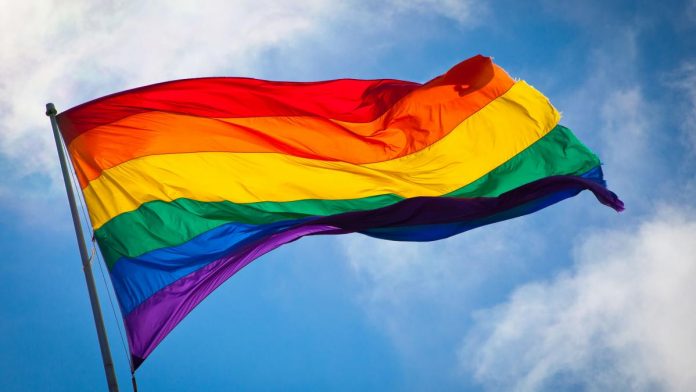 IN this column, I highlight issues and solutions that arise within the legal context of Asean, and which impact the diversity of the region’s social, economic, cultural and political life.

Human rights are a contentious subject for many, presenting a number of challenges to companies and organisations in Asean that look to optimise the diversity of their human resources, according to the rule of law, and given that diversity has been proven to be good for business.

In recent weeks, particularly in the Malaysian context, this includes lesbian, gay, bisexual and transgender (or LGBT) rights. More of this in a moment.

As part of the diversity policy of the Asean law network where I am regional managing partner, we recently hosted, together with the UK Law Society, “Women in Leadership in Law” roundtables in Singapore and Kuala Lumpur.

At our legal network’s training for our own senior associates from all 10 Asean countries, “intersectionality” was introduced. Originally coined in 1989 by UCLA and Columbia Law School Professor Kimberlé Crenshaw, it is now an analytical tool to understand and respond to the ways in which gender, class and ethnicity intersect with other personal characteristics, resulting in different experiences of discrimination.

Understanding that people live multiple, layered, even contradictory, identities, as derived from social relations, history and structures of power, enables our senior associates – in fact, all staff and management – to better connect with themselves, their colleagues and their clients.

“According to the law” is, of course, the necessary and consistent factor in these discussions.

In Asean, “the law” is not a single entity – member states have common law, civil law, a hybrid of those, as well as shariah and customary laws.

The Asean Charter is a “revolutionary document”, as Professor Tommy Koh memorably put it, for various reasons. For example, the charter commits Asean to “promote and protect human rights and fundamental freedoms”, and Asean has not one, but two, human rights bodies: Asean Intergovernmental Commission on Human Rights, and Commission on the Rights of Woman and Child.

That all 10 diverse countries have signed the charter is no mean feat.

A brief comparison of the legal context in just three Asean countries demonstrates the diversity of our region, where religion also plays an important role, often contradictory, in relation to LGBT rights (summarised here as being free from discrimination and persecution).

As per the latest national estimates, the majority of citizens in Singapore, Malaysia and the Philippines are, respectively, 33.9% Buddhists, 66.7% Muslims and 86% Roman Catholics.

According to the Stonewall Global Workplace Equity Index 2018 (with Freshfields Bruckhaus Deringer as legal partner), a number of known facts and less well-known nuances exist in these countries.

The index is divided into five categories:

1) Freedom of Expression, Association and Assembly;

According to the first category, all three countries provide for rights to freedom of speech, expression and assembly (“peaceful assembly” in Malaysia and Singapore). These rights can be restricted, but there are no LGBT-specific restrictions.

Singapore’s Info-Communications and Media Development Authority has certain restrictions on the portrayal of LGBT themes. Since 2016, it is foreigners who are not allowed to organise, speak at or participate in LGBT-themed events, and should not fund, support or influence such events.

Within “Family and Same-Sex Relationships”, the legacy of the British Empire’s so-called “sodomy laws” continues in Singapore and Malaysia, where Section 377A of both countries’ Penal Codes contains penalties of imprisonment – up to two years in Singapore, but in Malaysia, up to 20 years, and possible whipping.

The latest, most unfortunate case in Terengganu has seen one judge issue and administer a verdict of whipping by six strokes and a fine of RM6,600 against two women for “attempted sexual relations”, which was a first in the country. Indeed, the verdict was also in direct contravention of the country’s constitutional law, which protects the right to life and liberty (Article 5), guarantees equality and non-discrimination based on gender (Article 8), and guarantees freedom of movement (Article 9).

Within “Equality and Employment” in the Philippines, employment discrimination against public social workers based on sexual orientation is prohibited under Section 17 of the Magna Carta for Public Social Workers. It is unclear whether hate crimes based on sexual orientation or gender identity can be considered an aggravating circumstance in sentencing under Article 14(3) of the Revised Penal Code.

Under “Gender Identity’, in Singapore, trans people can change their legal gender to female or male, and those who have undergone sex-reassignment surgery may legally marry a person of the opposite gender (under Sections 12 and 12(2) of the Women’s Charter).

In Malaysia, it was decided in a recent high court case that a person who has undergone sex-reassignment surgery be declared a man, and that the National Registration Department amend the person’s identity card to reflect this change.

Under “Immigration”, all three countries do not have laws that allow for dependent visas for same-sex couples.

The diversity of law can be bewildering. It is one of the reasons why several companies in the region have met with LGBT organisations to better understand and utilise the diversity and intersectionality of their workforce. – September 7, 2018.