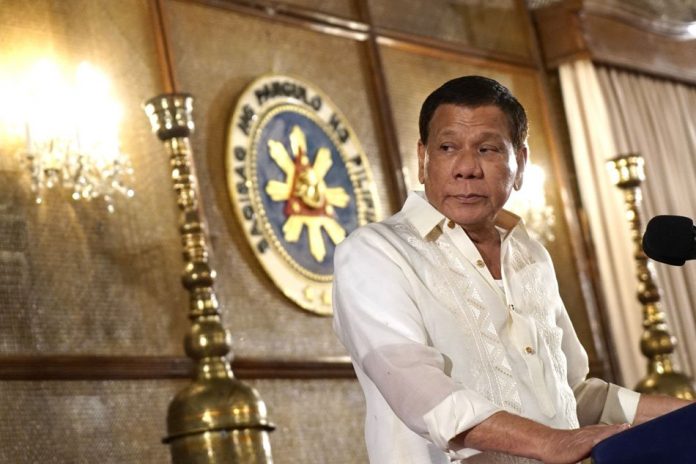 “Aside from the two that were public, there were probably at least three or four other communications that were submitted to the ICC by [non-government organizations] and other individuals — some local, some international,” Gascon told CNN Philippines.

He did not name who the parties were that filed their concerns, but said the CHR was not one of them.

These come on top of two separate communications already filed at the court, one from Atty. Jude Sabio, the lawyer of self-confessed Duterte hitman Edgar Matobato, and the other from rights advocacy group Rise Up for Life and for Rights.

The ICC is an intergovernmental tribunal that has previously expressed interest in a preliminary examination for human rights violations in the Philippines. If the court believes there is enough cause to step in, it could file charges against the Philippine government.

Duterte has withdrawn the country from ICC jurisdiction in March 2018, but this only takes effect in March 2019 — which means any possible crimes committed between the Philippines’ membership in 2011 and before the effectivity of its withdrawal are still actionable by the court.

Gascon said the CHR has not yet received an update on whether the ICC would conduct a probe in the country, but many people believe the court would give them justice.

“The ICC has not responded to our public offer of assistance, but we are currently working with individual victims who are seriously considering this as a remedy,” he said.

The reveal from the CHR chairman also comes after Duterte’s controversial statement that his “only sin against the country is the extrajudicial killings,” which his critics take as an admission of his involvement in summary executions. Opposition Senator Antonio Trillanes said he hopes the remark will be the “clincher” in the ICC case.

Gascon said that the ICC will definitely look into that remark, as well as other statements from officials under Duterte.

“Maybe it is an admission… maybe it is not,” said Gascon. “The ICC itself will take a look at all public statements on its own.”

On October 1, Malacañang Palace slammed moves to take concerns against Duterte to the international tribunal.

“Every lawyer, every judge in this country should be insulted by the statements made by individuals that the ICC should exercise jurisdiction… We have a working criminal justice system in the Philippines,” Presidential spokesperson Harry Roque said. “Those who have complaints against the President better file their complaints against him here.”

Prior to being Duterte’s press secretary, Roque lobbied for the Philippines to ratify the Rome Statute and become an ICC member.

Gascon pointed out that the African country of Burundi also withdrew from the ICC, but then the court ordered an investigation to be fast tracked two days before the jurisdiction ended.

“The decision, perhaps ill-advised, of the President to withdraw from the ICC may sort of backfire on him,” said Gascon.

He added, “All interlocutors — victims, NGOs, lawyers, even the Philippine government — would not know how the ICC will act or not act.”