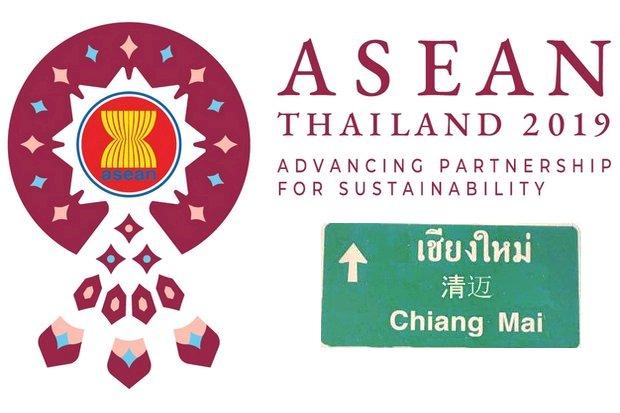 Asean foreign ministers will meet in Chiang Mai next week or their annual retreat.

Foreign ministers from 10 Southeast Asian Nations will call for a “comprehensive and durable” solution to the when they meet informally for their annual retreat in Chiang Mai later this month, according to a draft of a statement to be issued then.

The proposed press statement to be issued after the Asean Foreign Ministers’ Retreat in Chiang Mai on Jan 17-18 says such a solution is needed “to address the root causes of the conflict” in Myanmar’s restive Rakhine State, as well as “to create a conducive environment so that the affected communities can rebuild their lives.”

In the document, obtained Tuesday by Kyodo News, the ministers also affirm their support to Myanmar in bringing back Rohingya refugees from Bangladesh in a “safe, secure and dignified manner” with the full cooperation of relevant United Nations agencies.

The ministers intend to voice their expectation that an investigative committee established by Myanmar government to probe what happened in Rakhine would seek accountability by carrying out an independent and impartial investigation into alleged human rights violations and related issues.

Under Asean rules, one nation could object, resulting in changes or cancellation of the press statement.

Aside from the Rohingya issue, the Asean foreign ministers also intend to note some “concerns over land reclamations” in the South China Sea and again called the claimants to exercise self-restraint to avoid further complicating the situation.

China and Asean are currently holding talks for the crafting of an effective Code of Conduct in the South China Sea to manage tensions there.

The draft says the Asean ministers look forward to the completion of the first reading of the Single Draft Code of Conduct Negotiating Text within 2019.

The ministers welcome the positive developments on the Korean Peninsula and urge all sides to continue working toward denuclearisation and lasting peace and stability there.

The Regional Comprehensive Economic Partnership being negotiated among 16 Asia-Pacific nations was also touched by the ministers, who extended their support on the efforts to finalise the negotiations by 2019.