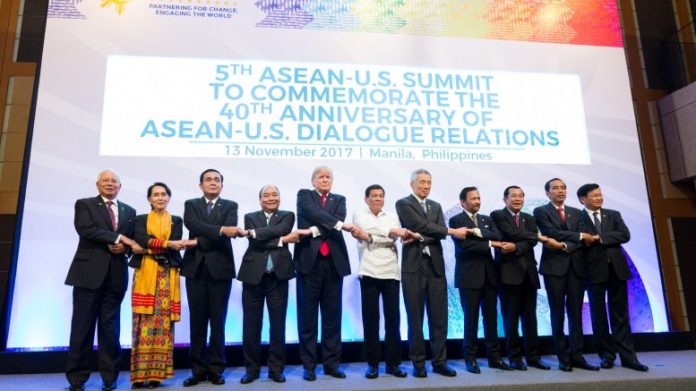 As we settle into the age of the coronavirus, scathing critiques of government responses to the pandemic are increasingly common in the media—tropes of foreign policy analysis play out on the pages of The New York Times and The Guardian. For Southeast Asia, the now-tired hot take is that countries in China’s backyard were slow on the uptake.

The disease appeared to spread slowly across the region, despite land borders and trade ties with China, because many governments were reticent to acknowledge the extent of the crisis. As Indonesian President Joko Widodo said recently when his country began to address the pandemic, “There is that which we disclose and there is that which we withhold because we do not want to create worry and panic among the society.”

No one wanted to accept a cruise ship that appeared to be a petri dish for the virus, except apparently Cambodian Prime Minister Hun Sen, but the small numbers of cases in Thailand, Singapore, Malaysia and Vietnam were no cause for alarm.

But as Europe quickly unraveled and restrictions tightened in Singapore and Vietnam—the outliers in ASEAN in successful containment and preparation—Southeast Asian leaders admitted they had a problem. In late March, Myanmar and Laos became the last two countries in ASEAN to confirm cases of COVID-19.

Though every government in the region now acknowledges the crisis, there has been no regional response. ASEAN does not have the capacity as a regional bloc to tackle a crisis that demands states put aside political agendas. As was the case before COVID-19, most ASEAN governments are focused singularly on preserving their own political power and economies.

This has resulted in “policy on the go” that neglects marginalized groups, as a member of the Asia Pacific Refugee Rights Network wrote in The Bangkok Post, and falls far short of a cohesive regional response.

As Dr. Jeremy Lin, who works with migrant workers in Singapore put it, “Frankly, if they are at higher risk, then all of us become at higher risk also, because in managing outbreaks and epidemics, the chain is only as strong as the weakest link.”

With the worst of the crisis still to come, there are hints of possible ASEAN multilateralism on the way, driven by Indonesia and by leaders in Vietnam and Singapore offering to share expertise and best practices. But any response will echo the refrains of everything else ASEAN in recent years: get on board for the next regional development scheme, and let China set the course.

The region now has over 14,000 cases of COVID-19, with Indonesia, Malaysia, the Philippines and Thailand now reporting steady increases of over 100 cases per day. With testing still very limited in most countries, death tolls are already unreliable. Pre-coronavirus, Southeast Asia was the fastest growing regional economy in the world but the region is already slated to see a nearly 80% drop in GDP growth rates, according to a recent Asian Development Bank report.

The responses by individual states, and ensuing criticism and debate, have been largely a continuation of existing domestic struggles. Southeast Asia has mostly allowed the transboundary impacts of the crisis to unfold, watching as piecemeal policy leaves marginalized groups exposed.

ASEAN governments’ responses have reflected their modi operandi: Myanmar acknowledges only the problems it thinks it can solve, Duterte tells police to shoot civilians and Thailand clings dearly to the tourists that support 20% of the country’s GDP but were doubtless importing COVID-19 cases by the plane load.

The Myanmar military has continued to escalate a civil war on multiple fronts, killing civilians in Rakhine and Karen states and rejecting calls for a ceasefire in light of the crisis. “We respect their proposal but it is not realistic,” said Brigadier General Zaw Min Tun.

Cooperation among ASEAN nations has been conspicuously absent

States and media have focused on the economic impacts of the coronavirus, like disruptions to Chinese supply chains leaving factory workers unemployed in Cambodia, Myanmar and elsewhere. Coverage continues to focus on individual measures like lockdowns and stimulus packages rather than how a lack of cooperation allowed the virus to spread across the region.

There has been significant coverage of the impacts of the pandemic on migrant workers, though it has led to no policy coordination or protections from governments. As Thailand announced a lockdown of its land borders, the four-to-five million migrant workers that fuel the Thai economy either rushed to the border to return home or were forced to stay in Thailand, likely without work or legal status. Sixty thousand or more migrants returned to Myanmar alone, spreading the risk of infection. In Myanmar, Laos and Cambodia, the returnees are now in mandatory quarantines, many in precarious home situations. In Singapore, the health ministry told doctors to stop or avoid seeing non-residents.

As ever, regional interdependence has been ignored, apart from disruptions to trade and the regional economy.

ASEAN will lean on China before it embraces multilateralism

ASEAN states are already lending support to one another, but they are also looking abroad to see how the region’s geopolitical status plays out in terms of aid. As before the pandemic, the geopolitical order in Southeast Asia depends on how governments position themselves with respect to China.

Beijing will use the fight against COVID-19 to increase ties to states that have signed on to development projects that are crucial for Beijing’s Belt and Road Initiative, like Myanmar, Laos and Cambodia. As Southeast Asia’s economies prove far less resilient than China’s, they will turn increasingly to Chinese-backed development.

China has slowed the spread of COVID-19 in the country and begun to restart its economy, but rather than turning inward, Beijing is reaching out to countries now struggling with the worst of the crisis, from Southeast Asia to Italy. Though the US has begun to do the same, its engagement pales in comparison to Beijing, as it did before the pandemic.

China is shipping protective equipment, including masks and hand sanitizer to Indonesia, Malaysia, the Philippines and Thailand, in some cases also offering to send doctors. In the last week of March, China delivered over 40 tons of supplies to Jakarta.

China is likely looking “to continuously build its image as a benign and responsible major power,” Philippines-based analyst Rommel Banloi, told Radio Free Asia. “Now that China is recovering from the harsh effects of the pandemic, it wants to tell the world that China can offer useful lessons from its recent experience,” he added.

Chinese business mogul Jack Ma has also donated shipments of supplies to Indonesia, Malaysia, the Philippines and Thailand, reportedly delivering kits for testing 150,000 people, 20,000 protective suits and 20,000 face shields. He also donated test kits and other supplies to the US, including 500,000 masks, though the country appears to still be debating whether it will wear them.

The US, now scrambling to control the spread of COVID-19 at home, has marked significant funds to support developing countries to deal with the crisis. In early March, it passed a US$1.3 billion foreign aid package, with US$18.3 million going to ASEAN. But Washington is not in a position to engage directly in “face mask diplomacy” to the same extent as Beijing.

While Jack Ma is donating supplies by the ton, Mark Zuckerberg and Facebook are yet again mistranslating Burmese, rendering Daw Aung San Suu Kyi’s second Facebook post ever as “all Myanmar is a horror.”

Four months into the coronavirus outbreak, ASEAN may be getting ready to act

ASEAN does not have a good track record on addressing issues that affect the whole region. There was no regional response to the 1997 Asian financial crisis until 2000 and states were able to reach out to the International Monetary Fund and others to support their economic recovery. There is an ASEAN working group on public health emergencies, with senior representatives from each member state, but it has so far led to little substantive coordination.

Indonesia has spoken out in favor of international cooperation and is now pushing a special virtual ASEAN summit to develop a COVID-19 strategy for the region. The summit would allow leaders in the region to learn from ASEAN partners Japan, South Korea and China, all of whom have launched organized, cohesive responses to the pandemic.

“Indonesia believes that a special summit will send a positive signal to the public, businesses and investors,” the country’s foreign ministry wrote in a statement. Furthermore, Indonesian Foreign Minister Retno Marsudi has reportedly asked her Vietnamese counterpart Pham Binh Minh to help convene a regional meeting to address the crisis, recognizing Vietnam’s success in containing the pandemic.

ASEAN has built a community of economic interdependence but done little to address the regional impact of the pandemic, especially on the most marginalized groups. Southeast Asia’s governments implemented piecemeal “policies on the go” to address a slowly growing crisis, without realizing what an economic collapse and a public health crisis would mean for populations like migrant workers and conflict-affected communities.

Now that the pandemic is in full swing, the only option for many less developed states is to position themselves to get any aid they can—from Beijing, or from ASEAN partners that offer to take the lead.