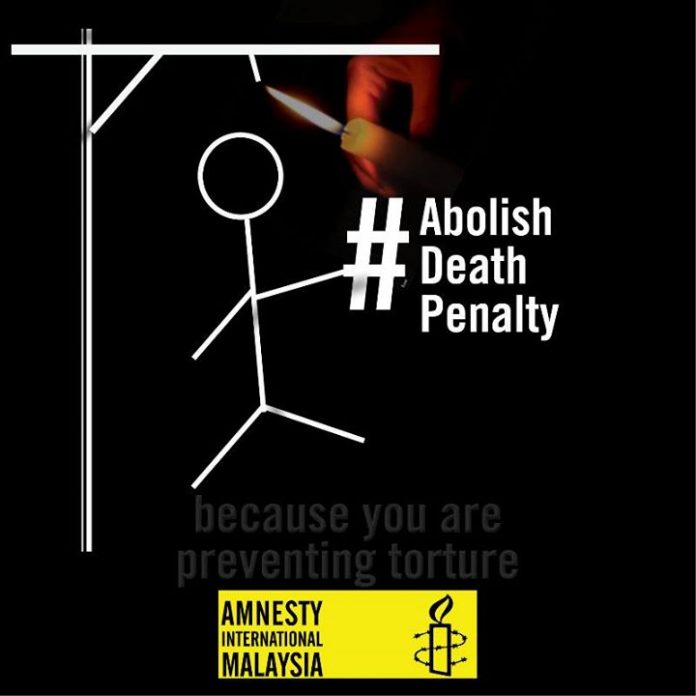 Amnesty International believes that the death penalty is the ultimate cruel, inhuman and degrading punishment, and a violation of the right to life as proclaimed in the Universal Declaration of Human Rights. Article 6(6) of the International Covenant on Civil and Political Rights (ICCPR), to which Indonesia is a State Party.

The Indonesian Attorney General announced that the execution of 10 prisoners might be carried out after the Asia-Africa Conference, end of April.

On 9 April Indonesian Attorney General HM Prasetyo made a statement implying that his office may carry out the executions of 10 prisoners after the Asia-Africa Conference, which is being held between 19 and 24 April in the Indonesian city of Bandung.

Although the final list of those facing executions has yet to be announced, the death row prisoners facing imminent executions are believed to include Andrew Chan and Myuran Sukumaran (both Australian, males), Raheem Agbaje Salami (Nigerian, male), Mary Jane Fiesta Veloso (Filipino, female), Zainal Abidin (Indonesian, male), Martin Anderson, alias Belo (Ghanaian, male), Rodrigo Gularte (Brazilian, male), Sylvester Obiekwe Nwolise (Nigerian, male), Okwudili Oyatanze (Nigerian, male) and one other individual. All 10 were sentenced to death for drug trafficking, an offence that does not meet the threshold of the “most serious crimes” for which the death penalty may be imposed under international law. Indonesian President Joko Widodo rejected their clemency applications in December 2014 and January 2015.

The lawyers for Andrew Chan and Myuran Sukumaran have filed a legal challenge at the Constitutional Court questioning the Indonesian president’s process of refusing to pardon them from the death penalty. Rodrigo Gularte has been diagnosed as having paranoid schizophrenia and bipolar disorder with psychotic characteristics, an illness which has deteriorated while he has been on death row. However, on 20 April the Attorney General’s office said that Rodrigo Gularte is mentally fit for the execution.

Amnesty International believes that the death penalty is the ultimate cruel, inhuman and degrading punishment, and a violation of the right to life as proclaimed in the Universal Declaration of Human Rights. Article 6(6) of the International Covenant on Civil and Political Rights (ICCPR), to which Indonesia is a State Party. The Human Rights Committee, concludes that all measures of abolition should be considered as progress in the enjoyment of the right to life.

The UN Safeguards guaranteeing protection of the rights of those facing the death penalty, approved by Economic and Social Council resolution 1984/50 of 25 May 1984, clearly state that “Capital punishment shall not be carried out pending any appeal or other recourse procedure or other proceeding relating to pardon or commutation of the sentence” and that “the death sentence shall not be carried out on pregnant women, or on new mothers, or on persons who have become insane.”

Please write immediately in English or your own language: