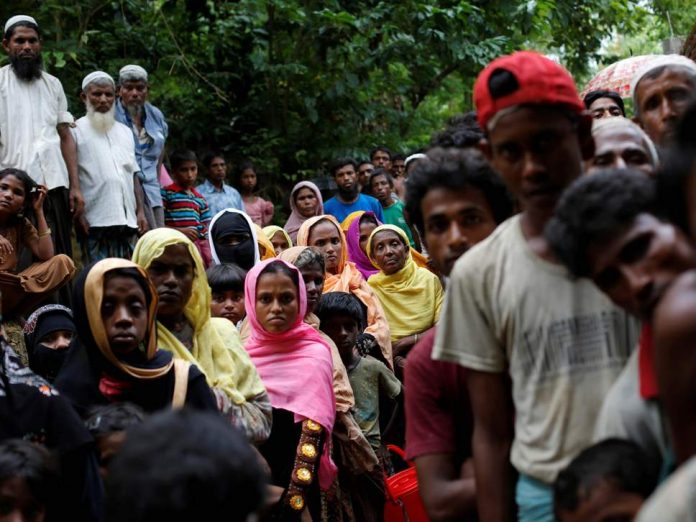 (Bangkok/Geneva, 27 August 2018) – Asian Forum for Human Rights and Development (FORUM-ASIA), Progressive Voice, Equality Myanmar, Kachin Women’s Association Thailand, and Rohingya Women’s Welfare Society welcome the findings of the Independent International Fact Finding Mission on Myanmar (IIFFMM) as a major turning point in international efforts towards justice and accountability in Myanmar. The findings of the Fact Finding Mission released today said that there is room to believe that the gravest international crimes had taken place in Myanmar and that Myanmar’s security forces should be investigated and prosecuted for genocide, crimes against humanity and war crimes. These findings have confirmed concerns repeatedly highlighted by civil society, independent observers and UN experts.

‘If the UN fails to adequately address these findings it will be a monumental failure for the world body, which has already been criticised for not doing enough. It is important for the UN Human Rights Council to take immediate action on the body’s recommendations at its forthcoming 39th session,‘ said R. Iniyan Ilango, UN Advocacy Programme Manager of FORUM-ASIA.

The UN Human Rights Council which created the IIFFMM is scheduled to sit in sessions on 10th September, and on 18th of September the Fact Finding Mission will present its full report to the Council. The Council can then decide to pass a resolution to act on the recommendations made by the IIFFMM.

Iniyan Ilango further added that ‘In the immediate term the Council should set up a mechanism to collect evidence and prepare legal dossiers that can be used by international prosecutors and national prosecutors in third countries. As recommended by the Fact Finding Mission this would be an interim measure until Myanmar is brought before the International Criminal Court or a special international tribunal is created on Myanmar.’

For decades there have been many calls for independent international inquiries into serious human rights violations in Myanmar. It is only after the latest wave of horrific attacks in Rakhine State on the Rohingya community in 2016 and 2017 that the international community decided to act. Since then, grave violations all over Myanmar including in Kachin and Shan States have been in the limelight. However high level UN action has so far been hamstrung by powerful UN bodies such as the UN Security Council which has remained deadlocked on taking action. Thus so far the most effective international process towards accountability has been the UN Human Rights Council’s decision to set up an international fact finding mission. It is now critical that this is followed up by giving life to these latest recommendations by the IIFFMM.

‘Other UN bodies such as the Security Council and the General Assembly should heed the Fact Finding Mission’s recommendations and move swiftly towards either referring Myanmar to the International Criminal Court or setting up a special international tribunal on Myanmar,’ said Khin Ohmar of Progressive Voice.

‘The Fact Finding Mission has made an important recommendation in calling for a trust fund to support victims including through psychosocial support, livelihood support, legal aid and other means,’ said Razia Sultana of Rohingya Women Welfare Society. ‘Hundreds of thousands of victims face suffering both inside and outside Myanmar, it is critical that they receive necessary support and coordinated action from aid agencies,’ Razia Sultana added.

Myanmar has repeatedly refused to meaningfully cooperate with international bodies and has consistently denied allegations of serious human rights violations. Several domestic inquiries by the Government have failed to be independent and Commission of Enquiry announced by the Government does not have a mandate to address accountability.[1] Much of this is seen as manoeuvres to shield the military which constitutionally controls the Government through key ministries and has reserved seats in Parliament. The military has bolstered majoritarianism, extreme nationalism, religious fanaticism and hate speech in a bid to augment its popularity and political leverage. It currently faces allegations of perpetrating many of the serious international crimes detailed in the report of the fact finding mission.

‘It is very important that the Myanmar Government fully cooperates with international mechanisms set up for accountability,’ said Mukunda Kattel, Director of FORUM-ASIA. ‘Only through cooperation with such international mechanisms could the people of Myanmar learn the truth about these mass atrocities and stand in solidarity with victims to seek justice, and Myanmar be able to prevent such atrocities in the future. Failure to do so and attempts to shield perpetrators would only further isolate Myanmar internationally,’ he added.