Home Statements Syariah Law in the Penal Code of Brunei: Stoning is Inhuman, Uncompassionate, and a Gross Violation of Human Rights 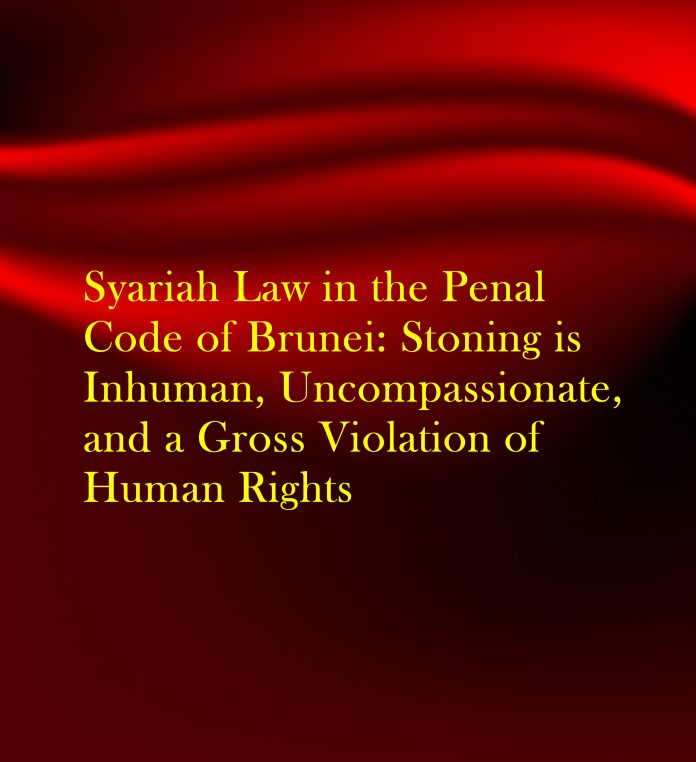 The ASEAN SOGIE Caucus (ASC) condemns the regressive and inhuman revision of the penal code of Brunei Darussalam that introduces stoning to death as a specific method of execution for same sexual activities. The ASC is somewhat comforted by the postponement of the implementation of the new code. However, the ASC maintains its position on the introduction of the law, albeit the delay.
Same sex activities between men are already criminalized under the Penal Code, and if found guilty, one can be punished with imprisonment for a term which may extend to 10 years, and will also be liable to fine. The revision of the Penal Code is uncompassionate, and will maintain the disgracefully low standards of human rights in the ASEAN.
The ASC is further saddened by the use of religion to justify the regulation of our bodily autonomy and integrity, violence and killing of other human beings. This is a blatant and gross violation of human rights, and far from the teaching of any religion, including Islam, that promotes compassion and equality.
We are extremely concerned of the psycho-social impact that this law will create on the lesbian, gay, bisexual, transgender and intersex (LGBTI) persons in Brunei, increase of violence towards LGBTI persons, and the restriction of other rights, such as freedom of expression, assembly and association for both local and regional groups. Effectively, this derails the ASC’s advocacy to promote and protect the fundamental human rights of all persons regardless of sexual orientation, gender identity and gender expression (SOGIE) in the ASEAN to live free without fear and as equals.
The ASC calls Brunei to remove the revision and fulfill its obligation as a state to promote and protect human rights of all people. Laws and policies must protect people and not further violate the oppressed. ASEAN has bloc needs to place equal emphasis and commitment on development, security and human rights. If ASEAN aims to be an ASEAN community by 2015, it needs to ensure that the people are the priority.
Over the last few years, we are thankful to have witnessed some progress in the promotion and protection of the human rights of lesbian, gay, bisexual and transgender persons in the some member states of ASEAN; some of which are state initiated. We call on these countries to show leadership in the area of human rights and take a progressive stand as human lives are at stake.
The ASC recalls its recommendations to:
Source: ASEAN SOGIE Caucus

The Government of Brunei Darussalam