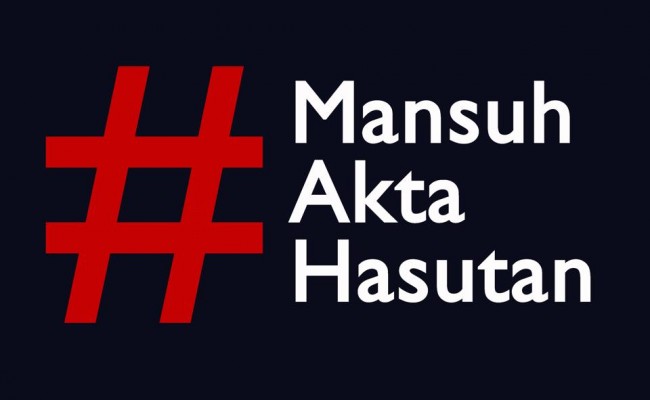 Since the crackdown under the Sedition Act began in August last year, the IGP has, through Twitter, taken it upon himself to dictate what can or cannot be said online, to the point of likening himself to a social media ‘referee’.

His tweets, urging the Royal Malaysian Police Force to investigate people such as Zulkiflee Anwar Haque (Zunar), YB Tony Pua and Eric Paulsen for expressing their views on current issues, are an abuse of social media.

Social media has created a new space for participatory democracy, where citizens can interact with those in power on an equal footing. The freedom to voice opinions in this online sphere must be protected. Contrary to this spirit, the IGP is using Twitter to issue personal threats of police investigation against individuals. The IGP needs to be reminded that to criticise or to question authorities such as JAKIM, the police force and the judiciary is not a crime, it is an integral part of a democratic society and a right enshrined in the Federal Constitution.

Last week, the IGP made a number of statements defending his harassment on Twitter and admitted he is targeting politicians and NGO leaders with large numbers of followers. In fact, it appears the IGP acts on the demands of UMNO cybertroopers, even without proper verification of the reported posts, as was the case with a fabricated tweet implicating Penang Deputy Chief Minister P. Ramasamy. GHAH demands the IGP act impartially and professionally when directing his officers to investigate crimes, instead of pursuing specific individuals simply for their opposition to the authorities.

In an effort to protect Twitter users from this ongoing harassment, Malaysians should lodge a report against the IGP’s Twitter handle, @KBAB51, by following the simple steps on the Twitter page for reporting online abuse.

Twitter’s Rules and Policies clearly state users “may not engage in targeted abuse or harassment” and it takes into account if “the reported behaviour is one-sided or includes threats”. The IGP has violated these rules and in banning him, Twitter will be making its platform safer for Malaysians to freely express themselves without fear of persecution by the chief of police.

GHAH is a movement supported by 133 civil societies in Malaysia spearheaded by SUARAM, Lawyers for Liberty, IKRAM, among others. The objective of GHAH is to carry out a national campaign to bring to an end to the ever present threat against freedom of expression and opinion by the Sedition Act 1948 that hangs over every Malaysian.