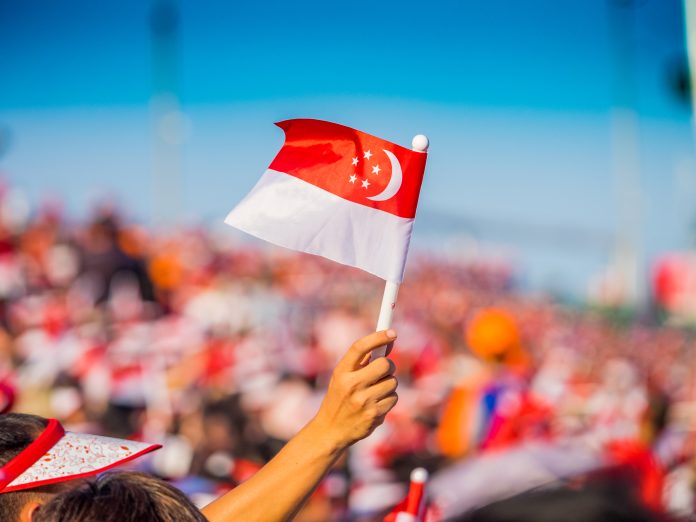 On 25 February 2022, Jolovan Wham was fined S$3,000 (approximately USD$2,200) after being found guilty of violating the Public Order Act in January. In 2018, Wham held a one-person protest outside of the former State Courts building by holding a sign urging for charges against The Online Citizen editor Terry Xu and writer Daniel De Costa to be dropped for alleged defamation over an article on corruption. Wham uploaded his photo with the sign on Facebook. In its ruling last month, the court reasoned that Wham was aware that holding assemblies without official permission was prohibited.

‘Wham’s conviction merely for exercising his right to free expression is part of a wider pattern of harassment and intimidation against activists and defenders in Singapore. The continuous judicial harassment he is subjected to is meant to intimidate Singaporeans into silence,’ said FORUM-ASIA.

In recent years, Wham has faced harassment over his activism. Last year, Wham faced a separate charge for illegal assembly under the Public Order Act for holding a cardboard with a smiley face drawn on it in front of the Toa Payoh Central Community Club in Singapore. He was also fined a total of S$8,000 for organising a silent protest on the MRT train in 2017 on the 30th anniversary of the detention of activists under the draconian Internal Security Act. In 2019, he was convicted for violating the Public Order Act after organising an event titled ‘Civil Disobedience and Social Movements’ without a permit. In 2018, he was also charged with contempt of court over his dissent in a court decision on political cases.

In 2021, CIVICUS Monitor which ranks countries based on their civic space rating downgraded Singapore’s civic space from ‘obstructed’ to ‘repressed’ due to the deterioration of freedom of speech and the media, and the use of repressive legislation against critics, journalists and civil society.

‘The recent sentencing of Jolovan Wham reaffirms our position to downgrade Singapore’s civic space, which has consistently shrunk in recent years. Beyond the targeting of Wham and other activists, the government has imposed a crackdown on fundamental freedoms including through the use of repressive laws including the Public Order Act, POFMA and FICA,’ said CIVICUS.

Singapore’s 2009 Public Order Act defines the ‘assembly’ as including ‘a demonstration by a person alone’, and penalises individuals who organise assemblies without permission to a fine of up to $5,000. Journalists and critics have faced defamation charges for publishing information about State actors under overly broad legislation while the Protection Against Online Falsehoods and Manipulation Act (POFMA) has been used to target the opposition, activists and critics. A new Foreign Interference (Countermeasures) Act (FICA) passed last year, provides the government powers to target individuals seen to be acting on behalf of a foreign national.

‘The string of charges and conviction of Jolovan is a sad and stark reminder that Singapore remains a repressive State. Years of oppressive laws have conditioned Singaporeans to be fearful without safe spaces to express their thoughts on social and political matters. The international community must do more to hold the Singapore government accountable for judicial harassment against human rights defenders,’ shared Think Centre.

During Singapore’s third Universal Periodic Review (UPR) in 2021, States urged Singapore to revise legislation restricting the right to freedom of expression, peaceful assembly and associate and ensure the full enjoyment of the fundamental rights. Singapore, however, rejected the majority of recommendations related to civic space.

‘Singapore’s continuous refusal to address its worsening human rights situation should raise concerns within the wider international community. Its political and economic influence in Southeast Asia risks further perpetuating and reinforcing such authoritarian trends in other countries. Singapore must end its judicial harassment of Wham and other defenders, repeal its repressive laws, and commit towards taking genuine steps to improve and widen its civic space,’ said the groups.

The Asian Forum for Human Rights and Development (FORUM-ASIA) is a network of 85 member organisations across 23 countries, mainly in Asia. Founded in 1991, FORUM-ASIA works to strengthen movements for human rights and sustainable development through research, advocacy, capacity development and solidarity actions in Asia and beyond. It has consultative status with the United Nations Economic and Social Council, and consultative relationship with the ASEAN Intergovernmental Commission on Human Rights. The FORUM-ASIA Secretariat is based in Bangkok, with offices in Jakarta, Geneva and Kathmandu. www.forum-asia.org

CIVICUS: World Alliance for Citizen Participation is a global alliance dedicated to strengthening citizen action and civil society around the world with 8,500 members in more than 175 countries. Based out of Johannesburg, CIVICUS has offices in New York and Geneva. www.civicus.org

Think Centre is an independent non-governmental organisation (NGO) in Singapore. First registered as a business (RCB) on 16 Jul 1999 and today as a society (under ROS) on 20 Oct 2001, the Centre aims to critically examine issues related to political development, democracy, rule of law, human rights and civil society. Think Centre’s activities include research, publishing, organising events and networking. www.thinkcentre.org