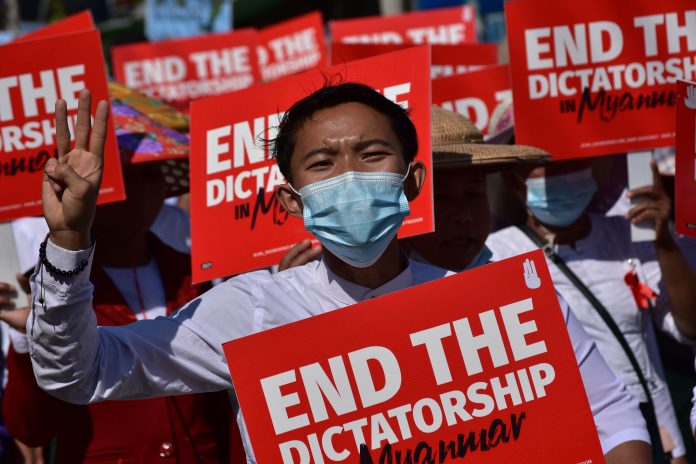 Jakarta, 14 January 2022 – We, the undersigned civil society organisations in Indonesia, and organisations with presence in Indonesia, express solidarity with the people of Myanmar and condemn the ongoing grave violations committed by the military junta. We reiterate our commitment to call on the Association of Southeast Asian Nations (ASEAN) and the international community to abide by its obligations to hold the perpetrators accountable and to protect the human rights of peoples in Myanmar.

Almost a year since the attempted coup, the military junta has implemented a systematic onslaught against its people, leading to more than a thousand deaths and countless more tortured, sexually assaulted, detained, and disappeared. They remain deprived of humanitarian assistance and lifesaving information. Despite ASEAN’s five-point consensus, and words of condemnation, the military junta has only escalated its campaign of violence.

We are appalled by the visit of Prime Minister Hun Sen of Cambodia, as the Chair of ASEAN this year, to meet the junta leader Ming Aung Hlaing with an intention to re-invite him to the upcoming ASEAN meetings, in absence of consensus from other ASEAN Member States. This is a major setback to the efforts made by the regional bloc and the international community in delegitimizing the junta.

The continued inaction of ASEAN and the international community will only further facilitate and reinforce the junta’s senseless violence. The military junta’s history has proven it is incapable of holding itself accountable, and it holds no legitimacy.

With Indonesia’s ASEAN chairship upcoming in 2023, it is in a position to show leadership in the region, and to show that it does not condone the systematic and deliberate acts that violate fundamental human rights. It must show that it is on the side of all repressed peoples in the region, including those in Myanmar. It must recognise that the junta, with its ongoing record of genocide, crimes against humanity and war crimes can never represent its people.

On 10 January 2022, civil society organisations in Indonesia met virtually with the National Unity Government (NUG) Ambassador to ASEAN, U Bo Hla Thint, to discuss the current situation in Myanmar and the support that people in Indonesia can provide, with regards to the situation. On this occasion, we call on the international community, including the Government of Indonesia, to recognise that the NUG, established by the MPs who were democratically elected by the people of Myanmar in November 2020, represents the will of its people. It must also unite in rejecting and delegitimizing the junta rule by engaging strategically and honestly with the people in Myanmar and not the military junta.

As organisations advocating for human rights and democracy, we will continue to work towards pushing for genuine accountability in Myanmar, and towards addressing and dismantling the structural violence suffered by its ethnic minorities, including the Rohingya people.

We commit to continue to support the fight of the peoples in Myanmar, and to ensure that the values they have fought for and that many have died for – the ideals of human rights, democracy, and justice, are at the centre of Myanmar’s future.