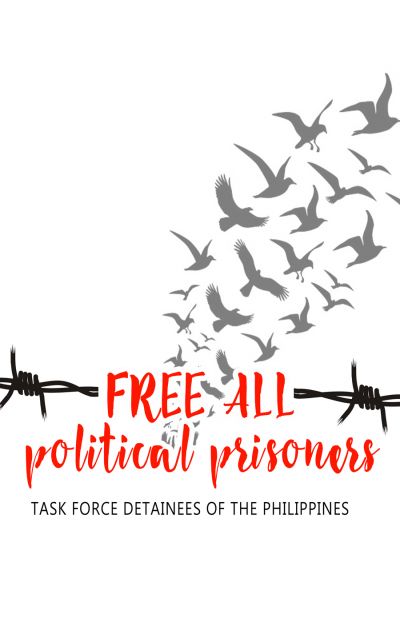 This saber-rattling of both parties does not augur well for peace and justice to reign in our land. Forty-eight years of internecine conflict have wasted so much of our fellow Filipinos’ lives and our meager resources.

TFDP laments the decision of both parties – the National Democratic Front (NDF) and the Government of the Republic of the Philippines (GRP) – to end its unilateral ceasefire declarations.

This saber-rattling of both parties does not augur well for peace and justice to reign in our land. Forty-eight years of internecine conflict have wasted so much of our fellow Filipinos’ lives and our meager resources.

We cannot turn our backs on any opportunity for peace, how fleeting and ephemeral it may be. It can be lasting if we allow it, if we nurture it, if we toil to make it bloom and grow.

We call on both parties to heed the call of justice. It is time to set the political prisoners free by all means at their disposal – bail, pardon or amnesty. The most expeditious way is through a general and unconditional amnesty. Let them rejoin their loved ones.

Let not the political prisoners be held hostage by the unraveling of the peace talks. With or without negotiations, they have suffered many years of incarceration on trumped-up charges. The GRP would do well to review all these cases and honor the Hernandez doctrine laid down by the Supreme Court.

The National Democratic Front can also release all its so-called “prisoners of war” in the same vein. Let them rejoin their loved ones too!

We implore both parties to stay the hands of death and let the doves of peace continue to fly high! Restrain your armed forces from taking offensive action. Go back to the negotiating table.

The winds of war must not overcome the fresh air of peace! And if we truly desire lasting peace we must work for justice!