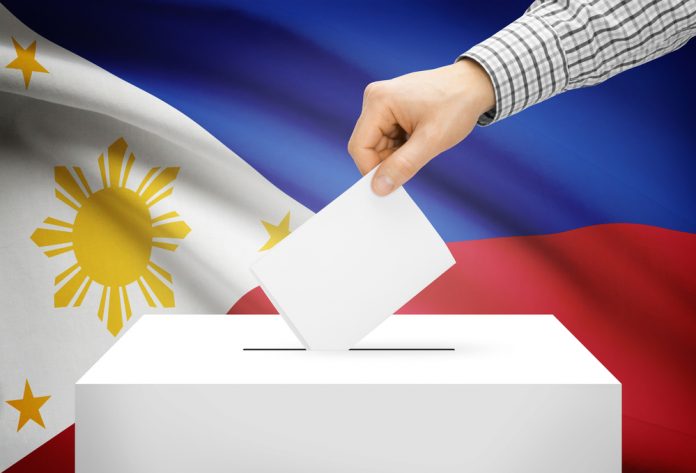 Parliamentarians from across Southeast Asia joined today in a message of solidarity with the people of the Philippines, celebrating their ability to freely exercise their right to vote tomorrow under a genuinely democratic system, noting it was a privilege enjoyed in only a minority of ASEAN countries.

JAKARTA – Parliamentarians from across Southeast Asia joined today in a message of solidarity with the people of the Philippines, celebrating their ability to freely exercise their right to vote tomorrow under a genuinely democratic system, noting it was a privilege enjoyed in only a minority of ASEAN countries.

“We hope for peaceful and fair elections, free from fraud and controversy, and for a government that will strengthen the pillars of democracy and rule of law and pursue legislation that supports the ability of the Philippine people to fully enjoy their civil and political rights,” said Charles Santiago, elected parliamentarian from Malaysia and Chairperson of ASEAN Parliamentarians for Human Rights (APHR).

Over 54 million voters are registered to take part in elections across the Philippines on Monday to elect some 18,000 local and national representatives, including a new president and vice president.

“The fact that the people of the Philippines are able to go to the polls this Monday and vote for their representatives is particularly significant given the context of democracy’s failure to take proper root across our region,” said Eva Kusuma Sundari, member of the Indonesian House of Representatives and APHR Board member.

“How many of the 10 ASEAN member states can we truly call moderately successful democracies? Any way you define it, the number is disturbingly small. Increasingly we have seen the consolidation of authoritarian regimes, like those in Laos and Thailand, and the rise of pseudo-democracies where an autocratic leadership works systematically to undermine the basic functions of democratic government, like we’ve been witnessing again in Cambodia and increasingly in Malaysia today,” she added.

APHR noted that Myanmar was one of the few nations in the region seemingly moving in the right direction in terms of democracy, after emerging from over five decades of military dictatorship. Elections in November 2015 returned an overwhelming victory for the opposition National League for Democracy (NLD), but the new government still faces challenges with inclusiveness and must rule within the confines of a distinctly anti-democratic, military-drafted constitution, which cannot be amended without the support of the country’s still powerful generals.

Despite this relative success story, as well as the apparent consolidation of democracy in Indonesia, the threat to democracy across the region remains very real, parliamentarians warned. Former regional leaders, such as Thailand and Malaysia, have slid into disarray, and laggards, such as Laos and Vietnam, have made little attempt to hide their distaste for democratic values.

APHR warned of increasingly shameless attacks on opposition parliamentarians and activists in Cambodia and Malaysia, as well as the undermining of fundamental state institutions that support democratic systems in those countries.

“That Laos is currently the chair of ASEAN, an organization which at least on paper supports human rights and democracy, threatens to undermine ASEAN’s ability to support any progress in individual nation states. In 2017—the 50th anniversary of ASEAN—the Philippines must use its chairmanship to begin efforts to overhaul the grouping and its insistence to hold steadfast to its nonsensical ‘non-interference’ principle,” Santiago said.

“We hope the next democratically elected government of the Philippines, one of Asia’s oldest democracies, will use the country’s chairmanship of ASEAN to focus on strengthening democratic accountability and the grouping’s capacity to hold member states accountable for human rights violations. Supporting democratic institutions and challenging autocracy are critical if we hope to tackle the fundamental issues our region faces and successfully combat poverty, corruption, climate change, and human rights abuses.”