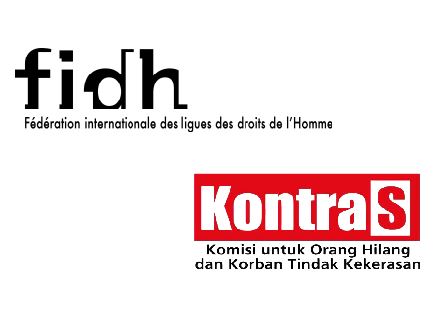 We call on you to demand Indonesia stop all executions and introduce an official moratorium on the use of the death penalty as an initial step toward the abolition of capital punishment.

We wish to express our serious concern regarding important human rights issues in Indonesia ahead of your meeting with President Joko Widodo on 21 April. We respectfully ask you to convey these concerns to Mr. Widodo.

We call on you to demand Indonesia stop all executions and introduce an official moratorium on the use of the death penalty as an initial step toward the abolition of capital punishment.

We also request that you call on President Widodo to take tangible steps towards the investigation of past human rights violations in Indonesia. These steps should include the establishment of a long-awaited, legislative-mandated ad hoc human rights court tasked with hearing cases of past abuses. Past human rights violations that have remained unaddressed include the enforced disappearance of 13 activists and pro-democracy students in 1997-1998 and the assassination of human rights defender and KontraS co-founder Munir Said Thalib. On 7 September 2004, Munir was found dead on a flight from Jakarta to the Netherlands. An autopsy conducted by Dutch authorities indicated that he had been poisoned with arsenic. While three persons were convicted in connection with the murder, no attempt has been made to identify, prosecute, and punish those who actually planned and ordered Munir’s killing.

We are also concerned about the Indonesian Parliament’s ongoing process of amendment of the 2003 anti-terrorism legislation. Proposed amendments to the 2003 law would allow authorities to detain alleged suspects without any judicial oversight for periods of time that are considerably longer than currently allowed. In addition, the draft legislation contains vague provisions on the incitement of terrorism that would severely restrict the right to freedom of opinion and expression. The draft bill also makes certain offenses punishable by death. Proposed amendments to the anti-terrorism legislation, if adopted in their current form, would be clearly inconsistent with Indonesia’s international legal obligations concerning the right to a judicial review of the deprivation of liberty and the right to a fair trial. We call on you to remind President Widodo that Indonesia’s legitimate objective to tackle the threat of terrorism must be conducted within the legal framework provided by the relevant international human rights instruments that the country has ratified.

Finally, we are troubled by the serious and ongoing negative impact that operations of both domestic and foreign business enterprises, particularly in the extractive industry, have on local communities in many parts of the country. Large numbers of cases of land confiscation and forced evictions without adequate compensation and relocation continue to be recorded. In May 2014, the UN Committee on Economic, Social, and Cultural Rights (CESCR) found that the implementation of extractive projects lacked adequate monitoring of their human rights and environmental impacts and did not always involve consultation with affected communities. In addition, the CESCR noted that these projects had not brought about tangible benefits for local communities. In many cases, affected communities had not been afforded effective remedies and had been subject to violence and persecution, the CESCR said. Human rights defenders working on such cases have also come under attack. In 2014 alone, there were 562 documented instances of human rights violations against land end environmental rights defenders, including killings, abductions, threats, and intimidation. We ask you to press President Widodo to take concrete steps to: implement the UN guiding principles on human rights; urgently address the root causes of the negative impacts of business operations on affected communities; regulate business conduct; strengthen access to remedies for human rights violations; and demand authorities protect human rights defenders.

Human rights cooperation and respect for fundamental human rights are among the key tenets of the Partnership and Cooperation Agreement (PCA) between Indonesia and the EU. While the responsibility to address the above-referenced issues rests with the Indonesian executive, legislative, and judicial powers, the EU has the required experience, the adequate mechanisms, and the necessary political influence to encourage Jakarta to take meaningful steps in the right direction.

It is of paramount importance that the promotion of fundamental human rights remains on top of the EU’s foreign policy agenda. We believe that by raising important human rights issues directly with President Widodo, you will contribute to set the tone for a frank and mutually beneficial cooperation between Indonesia and the EU.

Thank you for your attention on this important matter.