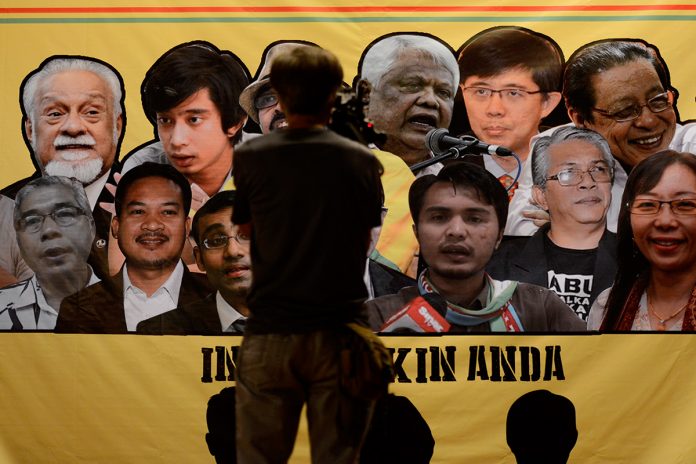 A group of United Nations human rights experts* urged Malaysia to withdraw the Sedition Act of 1948, after receiving allegations of increasing criminalisation of criticism of the government or its officials.

GENEVA (8 October 2014) – A group of United Nations human rights experts* urged Malaysia to withdraw the Sedition Act of 1948, after receiving allegations of increasing criminalisation of criticism of the government or its officials.

“The Sedition Act is reportedly used in a way that prevents Malaysians from expressing and debating, freely and openly, a diverse range of political opinions and ideas,” the experts said.

The 1948 Act, which carries sentences of up to three years in jail and five for recidivists, outlaws vague offenses, such as expressing ‘any seditious words’ or act with ‘seditious tendency’ that incite hatred or disaffection of the government or the judiciary, promotes hostility between different races or classes, or question any right, privilege, sovereignty prerogative stated in some parts of the Constitution.

Independent experts from the UN Human Rights Council have received reports of at least 23 recent cases of persons charged with sedition -including elected members of Parliament, politicians, human rights defenders, academics, lawyers, students and journalists- for publishing or disseminating information and ideas through the Internet or traditional media.

It has been reported that the Sessions Court allowed an application by one of the persons charged with sedition to challenge the constitutionality of the Sedition Act at the High Court.

“It is time for Malaysia to adjust its legislation, including the 1948 Sedition Act, to be in line with international human rights standards, and take firm steps towards the effective enjoyment of the right to freedom of expression,” they stressed.

Malaysia’s Sedition Act has been addressed in several occasions by UN human rights experts. The first UN Special Rapporteur on freedom of expression, Abid Hussain, who visited Malaysia 16 years ago, expressed concerns at the time that the Sedition Act could be used to suppress expression and curb peaceful assembly.

As recently as March, Malaysia committed to the Human Rights Council to address international concerns regarding the Sedition Act. “We wish to build on this commitment and engage in a dialogue with the Malaysian authorities to end the criminalisation and prosecution of what appears to be legitimate exercise of the right to freedom of opinion and expression. We have offered our support to the authorities in this way forward,” the independent experts said.

‘Special Procedures’ -the largest body of independent experts in the UN Human Rights system- is the general name of the independent fact-finding and monitoring mechanisms of the Human Rights Council that address either specific country situations or thematic issues in all parts of the world. Currently, there are 38 thematic mandates and 14 mandates related to countries and territories, with 73 mandate holders.

Special Procedures experts work on a voluntary basis; they are not UN staff and do not receive a salary for their work. They are independent from any government or organization and serve in their individual capacity. For more information, log on to: http://www.ohchr.org/EN/HRBodies/SP/Pages/Welcomepage.aspx