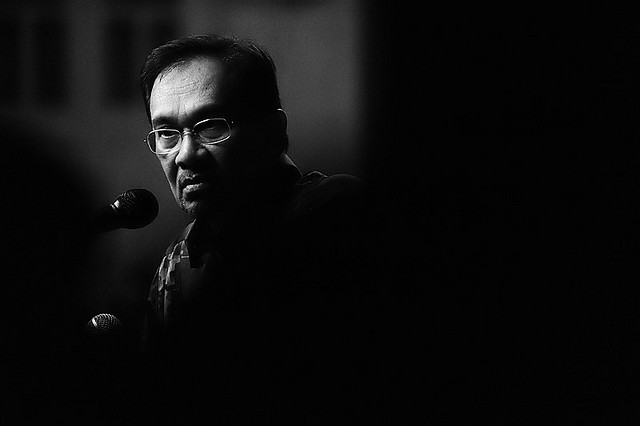 The Asian Forum for Human Rights and Development (FORUM-ASIA), has joined the chorus of calls by both Malaysians and the international community for the Malaysian judiciary to ensure a fair trial for opposition leader, Anwar Ibrahim

(Bangkok, 28 October 2014) The Asian Forum for Human Rights and Development (FORUM-ASIA), has joined the chorus of calls by both Malaysians and the international community for the Malaysian judiciary to ensure a fair trial for opposition leader, Anwar Ibrahim, in today’s Appeal hearing against his conviction for sodomy under Article 377B of the Malaysian Penal Code. The Bangkok-based regional human rights group contended that the longstanding sodomy case against the former Deputy Prime Minister was politically-motivated and an attempt to persecute the opposition and critics of the government.

Anwar was charged in 2008, but the High Court acquitted him in January 2012 after finding that the evidence may have been compromised.  This was the second such acquittal after a previous 2000 conviction for sodomy was overturned in 2004. However, in March 2014, the Court of Appeal overturned the 2012 acquittal and handed Anwar a five-year jail term.

“The manner and timing in which the High Court acquittal was overturned by the Court of Appeal in March 2014 smacked of political persecution and contravened basic international fair trial standards, said Evelyn Balais-Serrano, Executive Director of FORUM-ASIA.

The Court of Appeal’s hearing in March 2014 was brought forward abruptly from its original date and the sentence was handed out in a mere two days, thus preventing him from running in Kajang state assembly by-election on 23 March 2014.

“If the Federal Court upholds the decision of the High Court, which was fraught with blatant violations of international fair trial standards, it will undoubtedly hand another severe blow to the judiciary, which has long faced a crisis of credibility and public confidence,” added Balais-Serrano.

FORUM-ASIA also raised concern over the series of events leading up to today’s hearing at the Federal Court, including the Federal Court’s rejection of a motion by Anwar to disqualify a member of the prosecution team, Shafee Abdullah, a lawyer closely linked with the ruling UMNO party, as well as the recent Sedition charges against one of Anwar’s lawyers, N. Surendran, over his criticism of the Court of Appeal’s March 2014 decision to overturn Anwar’s acquittal by the High Court. Anwar himself was also questioned by police in September 2014 as a part of investigations under the Sedition Act.

Describing the government’s attempts to silence dissent as “far-reaching and systematic”, the regional human rights group also took the University of Malaya to task for banning a talk by Anwar at the university on Monday, 27 October 2014, and for issuing a show-cause letter to a student leader for organising the event.

“The longstanding attempt to convict Anwar under sodomy charges is an incontrovertible effort to hamper his political career and should be seen in the context of the Malaysian government’s heightened crackdown on opposition politicians and government dissidents under the Sedition Act in recent months. This persecution must end,” said Balais-Serrano.

FORUM-ASIA warned that today’s trial will no doubt be closely watched by Malaysian civil society and the international community as a litmus test for the integrity of the judiciary and rule of law in Malaysia.  FORUM-ASIA also reiterated its call for the repeal of all repressive laws, including the Sedition Act and sodomy laws.