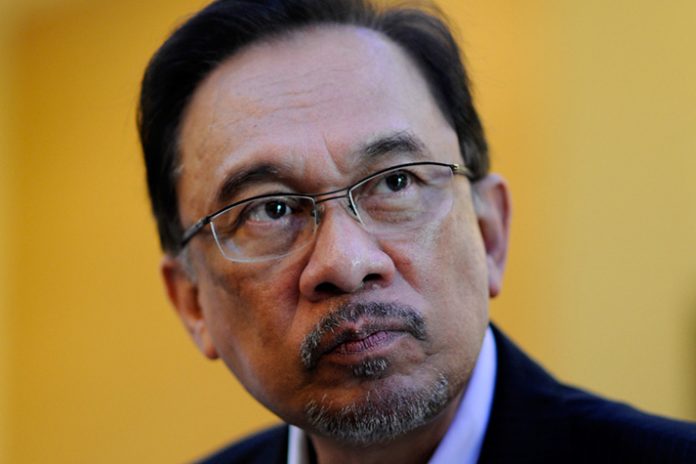 FORUM-ASIA stands in solidarity with the Malaysian people, especially on such a significant day. This day shall be marked as a historic date in Malaysia’s struggle for democratisation, regardless of the verdict. Even if the Federal Court chooses to ignore international human rights and democratic norms, we are confident that the Malaysian people will continue and strengthen its ongoing struggle for democratisation.

(Bangkok, 9 February 2015) – The Asian Forum for Human Rights and Development (FORUM-ASIA) reiterated its call for the Federal Court to acquit Malaysia’s opposition leader and former Deputy Prime Minister, Anwar Ibrahim, whose appeal against his conviction for sodomy under Article 377B of the Malaysian Penal Code will be decided by the Federal Court tomorrow. The human rights group also expressed its solidarity to the struggle for democracy in Malaysia, which it stressed should continue regardless of the verdict.

The Federal Court’s verdict will be announced tomorrow after having heard Anwar’s appeal in October 2014 against his earlier conviction by the Court of Appeals. At the start of the Federal Court hearing in October 2014, FORUM-ASIA described the case against Anwar as “politically-motivated”, pointing out that the manner and timing in which the High Court acquittal was overturned by the Court of Appeal in March 2014 “smacked of political persecution and contravened basic international fair trial standards”.

Anwar was charged in 2008, but the High Court acquitted him in January 2012 after finding that the evidence may have been compromised. This was the second such acquittal after a previous 2000 conviction for sodomy was overturned in 2004. However, in March 2014, the Court of Appeal overturned the 2012 acquittal and handed Anwar a five-year jail term.

The verdict tomorrow comes against a backdrop of continuing crackdowns against the opposition and critics of the government. The first few weeks of 2015 alone already saw the conviction of social activist and government critic, Hishamuddin Rais, and the arrest, detention and subsequent charges against human rights lawyer, Eric Paulsen, who is also a member of Anwar’s legal team, over a Twitter post which criticised the Malaysian Islamic Development Department for spreading extremism through Friday sermons. In both cases the colonial-era Sedition Act was used as a basis to suppress the activities of Hishamuddin and Paulsen.

Reiterating its call for the Federal Court to acquit Anwar Ibrahim from the sodomy charges, FORUM-ASIA’s Executive Director, Evelyn Balais-Serrano said, “Based on the evidence and arguments presented in court, which were riddled with inconsistencies, it is clear that Anwar should be acquitted.” Balais-Serrano added, “Given the context of the repeated attempts by the Barisan Nasional government to persecute Anwar and its continuing crackdown on dissent, the Federal Court’s verdict tomorrow is surely not just about Anwar Ibrahim, but about the future of Malaysia’s democracy. If the Federal Court decides to uphold the Court of Appeal’s conviction of Anwar tomorrow, it will effectively mean that the highest court in the country endorses a trial that broke all international fair trial standards. This alone would inflict irreparable damage to Malaysia’s democracy.”

FORUM-ASIA also extended its solidarity to the struggle for democratic reforms and better respect for human rights in Malaysia, which it said should continue and intensified regardless of the Federal Court verdict, while repeating its call for the Malaysian government to end its ongoing crackdown against opposition leaders, human rights defenders, and critics of the government.

“FORUM-ASIA stands in solidarity with the Malaysian people, especially on such a significant day. This day shall be marked as a historic date in Malaysia’s struggle for democratisation, regardless of the verdict. Even if the Federal Court chooses to ignore international human rights and democratic norms, we are confident that the Malaysian people will continue and strengthen its ongoing struggle for democratisation, which no doubt will be fully supported by the international community,” stressed Balais-Serrano.