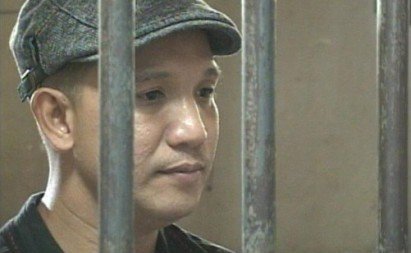 Temogen “Cocoy” Tulawie is a human rights defender from the Sulu region in Mindanao, the Philippines. He is the founder of the local human rights group Bawgbug and member of several civil society organizations where he was responsible for campaigns for the democratization of local politics, transparency in government and the preservation of civil rights of people living in Sulu.

Temogen “Cocoy” Tulawie is a human rights defender from the Sulu region in Mindanao, the Philippines. He is the founder of the local human rights group Bawgbug and member of several civil society organizations where he was responsible for campaigns for the democratization of local politics, transparency in government and the preservation of civil rights of people living in Sulu. His campaigns uncovered numerous human rights abuses and violations on the part of the local government, among them mass rapes of women and girls committed by the sons of prominent politicians and their paramilitary protection forces and the unconstitutional declaration of a state of emergency by the provincial governor Abdulsakar Tan.

After a bomb attack against provincial governor Tan in May 2009, Tulawie was accused of being the mastermind behind it, even though evidence was lacking. In 2012 he was arrested and detained in Davao City. The trial started in October 2013 and is supposed to come to an end in July 2015.

The prosecution of Tulawie is an attempt to silence his protest against severe human rights violations. Judicial bodies and criminal prosecution authorities, especially in the rural areas of the Philippines, are often highly dependent on local power brokers and can be systematically abused by the latter for personal interests.

Tulawie has been imprisoned for three and a half years now with his trial awaiting verdict on July 17, 2015. We, the International Peace Observers Network (IPON), a German independent, non-governmental organization, have accompanied and monitored the criminal case of Cocoy Tulawie since January 2013. We consider him a Prisoner of Conscience. While the trial has been conducted within reasonable time and in a fair manner, we are nevertheless worried about a conviction and further harassments due to Tulawie’s continuing activism.

According to Article 12 (1) of the 1999 United Nations Declaration on the Right and Responsibility of Individuals, Groups and Organs of Society to Promote and Protect Universally Recognized Human Rights and Fundamental Freedoms (UN Declaration on Human Rights Defenders), human rights defenders, like Temogen “Cocoy” Tulawie have the right “individually and in association with others, to participate in peaceful activities against violations of human rights and fundamental freedoms”. Even though the Philippines have acknowledged this declaration, human rights defenders and other political activists often face legal and physical harassment due to their work.

The criminalization of human rights defenders does not only violate basic rights of individuals, but also undermines the rule of law and hinders the development of an active civil society in the Philippines. “Individuals, groups, institutions and non-governmental organizations have an important role to play and a responsibility in safeguarding democracy, promoting human rights and fundamental freedoms and contributing to the promotion and advancement of democratic societies, institutions and processes” (Article 18 (2), UN Declaration on Human Rights Defenders).

Successfully petitioning the relevant state authorities to ensure a fair and impartial verdict and the safety of Cocoy Tulawie not only protects Tulawie’s rights, but also contributes to improving the situation of human rights defenders in the Philippines in general.