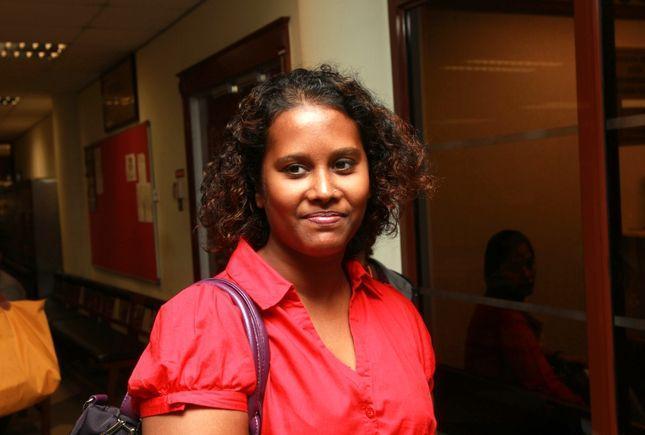 Lena Hendry, Programme Coordinator of Pusat KOMAS, a member of FORUM-ASIA, was acquitted today of charges brought against her for the unapproved screening of the documentary, ‘No Fire Zone: The Killing Fields of Sri Lanka’.

(Bangkok, 10 March 2016) – Lena Hendry, Programme Coordinator of Pusat Komunikasi Masyarakat (Pusat KOMAS), a member of the Asian Forum for Human Rights and Development (FORUM-ASIA), was acquitted today of charges brought against her for the unapproved screening of the documentary, ‘No Fire Zone: The Killing Fields of Sri Lanka’. While FORUM-ASIA welcomes the decision of the Magistrate Court, the criminal prosecution Lena Hendry endured should have never happened in the first place.

Lena Hendry was arrested, together with two colleagues from Pusat KOMAS, on 3 July 2013 in a raid by the Home Ministry. The raid came after the Sri Lankan Embassy in Malaysia publically raised objections about the screening of the documentary in an attempt to stop it. ‘No Fire Zone: The Killing Fields of Sri Lanka’ deals with the final months, in 2009, of the civil war in Sri Lanka between the Government and the Liberation of Tigers of Tamil Eelam (LTTE). Both parties have been accused of committing grave war crimes and other crimes under international law.

The Film Censorship Act prohibits the ‘circulation, distribution, display, production, sale, hire’ or ‘possession’ of any film, whether imported or domestically produced, without first obtaining approval from the Government-appointed Board of Censors. The broadness of the law leaves the door wide-open for arbitrary application and infringes the right to freedom of expression. Lena Hendry herself filed a challenge to the constitutionality of the Act, but the Federal Court denied her claim in September 2015 and the case was returned for trial.

Today the Magistrate Court acquitted her. Magistrate Mohd Rehab Mohd Aris ruled that the prosecution failed to establish a prima facie case against her, and dismissed the need for Lena Hendry to prepare for her defence.

In a country like Malaysia, where the right to freedom of expression has taken a severe thrashing lately, this verdict offers a glimmer of hope. Malaysia should encourage a vibrant public debate, whether inspired by writings, speeches, television or documentaries. FORUM-ASIA hopes that the Malaysian authorities will heed today’s ruling and work towards strengthening freedom of expression rather than undermining it.