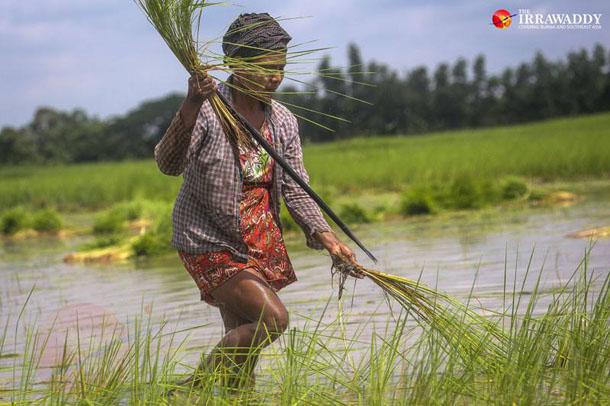 Like other developing South-East Asian countries, Burma is grappling with the sticky and complex problems of land ownership, rights and use. As is often the case, it is the poor and marginalized communities who are most vulnerable to exploitation and human rights abuses, particularly small-scale farmers in Burma’s beleaguered ethnic regions.

Amid the various serious issues currently dominating the headlines about Burma – including the upcoming elections, the escalation in fighting between the Burma Army and ethnic armies, the recent crackdown on workers’ protests, this year’s student marches, and ongoing religious tensions – it is important that people do not lose sight of the land issue. Like other developing South-East Asian countries, Burma is grappling with the sticky and complex problems of land ownership, rights and use. As is often the case, it is the poor and marginalized communities who are most vulnerable to exploitation and human rights abuses, particularly small-scale farmers in Burma’s beleaguered ethnic regions.

This month Human Rights Foundation of Monland-Burma (HURFOM) released a report titled “Yearning to be Heard: Mon Farmers’ Continued Struggle for Acknowledgement and Protection of their Rights” – a follow-up to their 2013 report “Disputed Territory: Mon Farmers’ Fight Against Unjust Land Acquisition and Barriers to Their Progress.” It argues that “continuing barriers to progress lie primarily in the country’s broken land management system, the failures of recent land laws to secure the protection of farmers’ land rights, the failure of government bodies and authorities to perform their responsibilities unbiased from military influence, and the total impunity of the military due to the independent structure of the courts-martial.” A salient example of such impunity, mentioned in the report, is the confiscation of more than 2,000 acres of rubber plantation in Thanbyuzayat Township, Mon State, over the past year. Regrettably, such land rights abuses betray the paltry extent to which the Burma Government is able to influence the Burma Army and rein in its illegal activities.

In order to prevent such abuses, reforms are necessary across the board: legislative, institutional and judicial. It was hoped that the National Land Use Policy (NLUP), a draft of which was publicly circulated by the Burma Government in October 2014, would be a meaningful and constructive first step. The temptation with policymaking tends to be to impose a simplistic narrative on such issues. Indeed, while the NLUP showed initial indications of trying to recognize and take account of the complex structural patterns at play, including the realities and idiosyncrasies on the ground, it unfortunately did not live up to expectations.

Complementing this report by HURFOM (an ethnic grassroots organization), is a report by Netherlands-based Transnational Institute, which released “The Challenge of Democratic and Inclusive Land Policymaking in [Burma].” This report responds to the NLUP and, as with the HURFOM report, places the emphasis on the perspectives of Burma’s ethnic nationalities. The report says that “if the government is to make this step matter, then it must follow through. It must ensure that the issues, concerns, and aspirations expressed by those whose lives and livelihoods are most affected or threatened by forced eviction and dislocation, land confiscations and large-scale land deals, leave a substantial imprint on the policy that finally gets adopted.” One of the principal criticisms of the NLUP is that it prioritizes profits over rights, serving to empower investors over small-scale farmers.

Land reform is one of the most vital policy areas for Burma and its reform agenda, particularly given that around two-thirds of the population of Burma eke out a living through agriculture-based activities. The NLUP represents an opportunity for the Burma Government to create an enabling environment for the people to have ownership over the development agenda for themselves and their communities that is sustainable for decades to come.

However, unless the Burma Government recognizes the rights and interests of local communities and small-scale farmers, consults with such vulnerable groups, and implements inclusive policies and proposes laws that reflect and safeguard those rights and interests, it will be impossible for it to claim that it is representing the people of Burma. In an election year, that should come as a serious concern to any government hoping to win a genuine democratic mandate from the electorate.