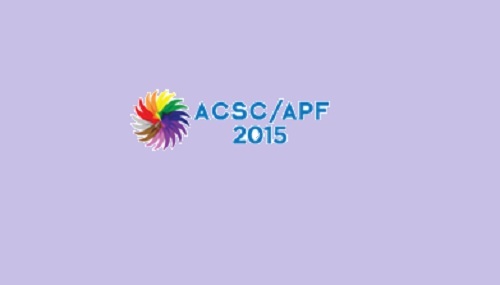 The statement, by the ASEAN Peoples’ Forum (APF) 2015, was released ahead of the ASEAN Foreign Ministers’ Meeting, taking place on 26 and 27 January.

“We hope that through this statement, voices of all people will be heard by ASEAN leaders. ASEAN policies must benefit its most marginalized communities, not work against them,” said Wathshlah Naidu of Women’s Aid Organisation in Malaysia, who led the drafting process of the statement.

“ASEAN seeks to realize the ASEAN Economic Community by the end of this year. Our message has never been more urgent,” she added.

The APF is an annual conference that attracts thousands of civil society members from across ASEAN. More than 3,000 people attended the 2014 conference in Myanmar. The conference is held parallel to the ASEAN Summit. APF 2015 will be held in April in Malaysia.

“This statement is a result of months of discussions among ASEAN civil society. Draft statements were circulated to hundreds of civil society members, and discussed at three regional consultations attended by dozens of civil society representatives,” explained Gia Hartman of Coalition to Abolish Modern-day Slavery in Asia, a regional organization. Hartman co-chaired the drafting process of the statement.

“With a diverse group of people championing such different issues, we naturally had some disagreements during the drafting process. But in the end, we managed to come together based on our modalities of engagement, which are independence, transparency, accessibility, representation, participation, diversity, and inclusivity.”

It is the tenth year that ASEAN civil society is organizing this conference. The first conference was held in Malaysia during Malaysia’s previous chairship of ASEAN in 2005.

“At previous APFs, we drafted the statement during the conference itself, and the statement would be handed to ASEAN governments at their Summit,” explained Jerald Joseph of Pusat Komas in Malaysia, the chair of APF 2015.

“However, this year we are releasing the statement at the ASEAN Foreign Ministers’ Meeting, a few months ahead of the Summit. We hope this will allow ample time for open and constructive dialogue between governments and civil society representatives, so that the peoples’ voices are included in ASEAN’s decision-making process,” he added.

The statement will be followed by a summary of recommendations made to ASEAN governments by the APF each year, since 2005.

Soe Min Than of Singapore-based Think Centre said, “Malaysia’s Prime Minister Najib Razak pledged to ‘make ASEAN as close as possible to the people’. We’re hoping that ASEAN governments will meet us at the ASEAN Foreign Ministers’ Meeting to receive and discuss the statement.”

Prime Minister Najib Razak made this pledge during the handing over ceremony of the ASEAN Chairmanship from Myanmar, in November last year.

“They haven’t agreed to meet us yet—but our doors are still open if they change their mind.”

The full statement can be read here