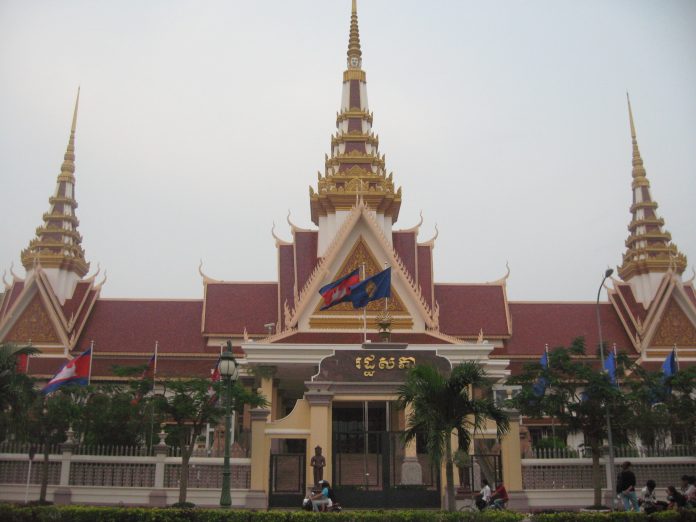 APHR denounced the use of violence for political purposes and called on the international community, including ASEAN and member states, to pressure the Cambodian government to end its policy of oppression against opposition voices and provide space for an open and pluralistic democracy to develop.

JAKARTA, 28 October 2015 — Parliamentarians from across Southeast Asia today condemned the recent attack on opposition lawmakers in Cambodia and called for an independent investigation into the incident.

On 26 October, a mob of over 2,500 protesters assaulted two Cambodia National Rescue Party (CNRP) MPs, who were leaving the parliament building in Phnom Penh after attending a plenary session. The lawmakers—Kong Saphea and Nhory Chamreoun—were dragged out of their official vehicles and severely beaten by protesters with apparent ties to the ruling Cambodian People’s Party (CPP). They were flown to Thailand for medical care as a result of injuries sustained during the attack.

“Evidence pointing to the direct involvement of ruling party leaders is particularly concerning, as is the fact that police took no action to prevent or stop the brutal violence.”

The majority of the protest leaders were believed to be members of a pro-ruling party youth movement with close ties to MP Hun Many, son of Prime Minister Hun Sen, and members of the city police force. The protesters were demanding that CNRP Vice President Kem Sokha, a prominent critic of Hun Sen’s leadership, step down from his position as First Vice President of Cambodia’s National Assembly. Kem Sokha’s home in Phnom Penh was also attacked by a mob of several hundred protesters later in the day. Many members of both mobs wore red cloth, commonly associated with vigilantes supporting the CPP.

APHR said that the incident, which appeared to be orchestrated in response to protests against Hun Sen in Paris on 24 October, was reminiscent of coordinated acts of political violence that plagued Cambodia during the 1990s.

APHR denounced the use of violence for political purposes and called on the international community, including ASEAN and member states, to pressure the Cambodian government to end its policy of oppression against opposition voices and provide space for an open and pluralistic democracy to develop. A failure to take urgent and meaningful action to curb this lawlessness could lead to further unrest, posing a genuine threat to Cambodian democracy, APHR warned.

“The international community must condemn this attack and make it clear to Cambodian authorities that orchestrating violence for political ends is not an acceptable way to run a country,” Santiago said.

“Individuals who perpetrated and instigated this violence must be held accountable. A failure in this regard would represent a profound rupture in Cambodia’s already shaky commitment to the rule of law,” he added.

Southeast Asian lawmakers suggested an independent parliamentary commission as one potential method of investigating the incident. They also voiced support for an authorized investigation by the UN human rights office in Cambodia.

APHR member and CNRP parliamentarian Mu Sochua added that the attack marked “a dark cloud over democracy in Cambodia.”

“Opposition members, including parliamentarians, have been repeatedly arrested and sentenced in recent months for their involvement in non-violent acts of political protest,” she said.

“In this case of violent protest, enough evidence can be obtained from security videos from the National Assembly and from the nearby Australian Embassy to make arrests. The public awaits real results from an independent investigating team.”

With concerns emerging that a new wave of political violence could be on the horizon, APHR urged Cambodia’s ruling party to renounce violence and renew its commitment to a culture of dialogue with the opposition. This culture of dialogue represents the most promising path forward toward peaceful democratic development in Cambodia, parliamentarians said.

“Attacks like this one raise doubts about the Cambodian government’s commitment to democracy, free expression, and the rule of law,” Santiago added. “All sides must come together to address the risk of political violence and work toward an inclusive, peaceful, democratic future. This must start with a transparent investigation into this attack and a concerted effort on the part of the ruling party to prevent more like it from occurring.”