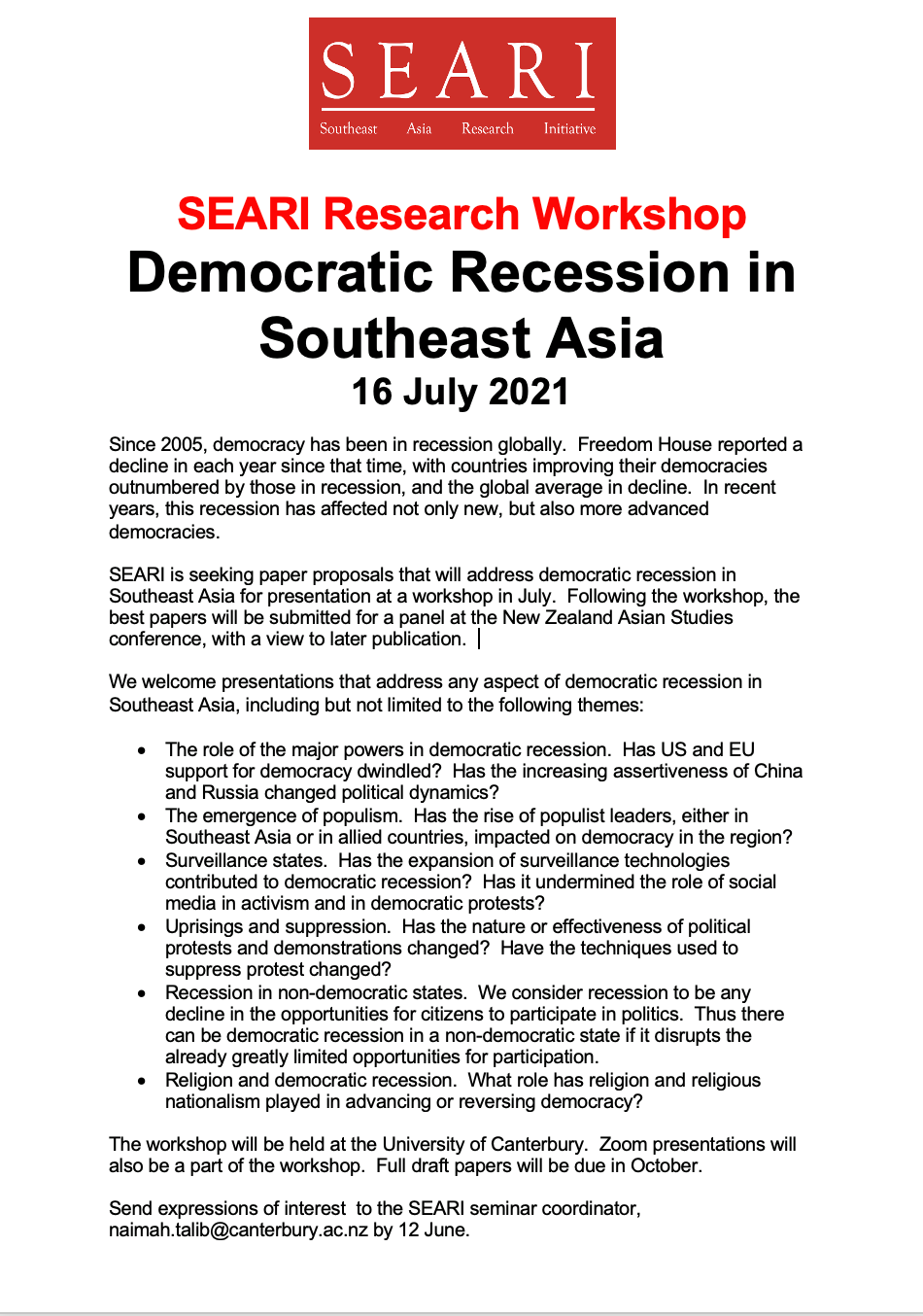 Since 2005, democracy has been in recession globally. Freedom House reported a decline in each year since that time, with countries improving their democracies outnumbered by those in recession, and the global average in decline. In recent years, this recession has affected not only new, but also more advanced democracies.

The Southeast Asia Research Initiative (SEARI) is seeking paper proposals that will address democratic recession in Southeast Asia for presentation at a workshop in July. Following the workshop, the best papers will be submitted for a panel at the New Zealand Asian Studies conference, with a view to later publication.

SEARI welcomes presentations that address any aspect of democratic recession in Southeast Asia, including but not limited to the following themes:

1. The role of the major powers in democratic recession. Has US and EU support for democracy dwindled? Has the increasing assertiveness of China and Russia changed political dynamics?

2. The emergence of populism. Has the rise of populist leaders, either in Southeast Asia or in allied countries, impacted on democracy in the region?

3. Surveillance states. Has the expansion of surveillance technologies contributed to democratic recession? Has it undermined the role of social media in activism and in democratic protests?

4. Uprisings and suppression. Has the nature or effectiveness of political protests and demonstrations changed? Have the techniques used to suppress protest changed?

6. Religion and democratic recession. What role has religion and religious nationalism played in advancing or reversing democracy?

The workshop will be held at the University of Canterbury. Zoom presentations will also be a part of the workshop. Full draft papers will be due in October. Interested applicants can send expressions of interest to the SEARI seminar coordinator, naimah.talib@canterbury.ac.nz by June 12, 2021.