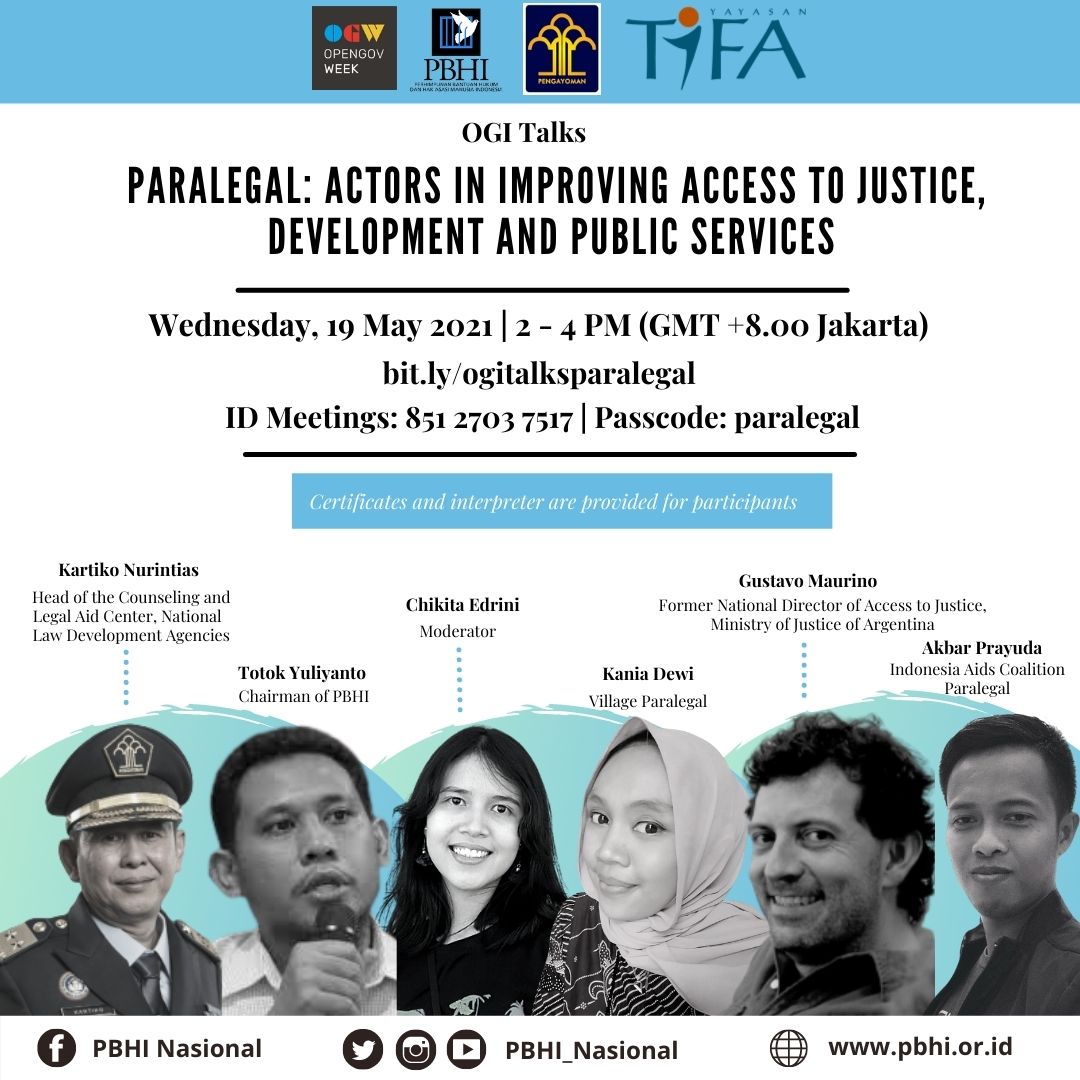 Good practice and success story regarding the services provided by paralegals does not only exist in the access to justice sector, but also in the field of public services and rural development. Paralegals who are born from communities not only help in their around communities, but also take part in the acceleration of public services and Indonesia’s development. In the issue of access to justice, paralegals provide free legal assistance to the community, while in the issue of health services, community paralegals have emerged who encourage open access to health services and medicines. In fact, in its development there have also appeared paralegals at the village level who encourage the openness of the village government as well as become agents of legal culture development in the community.

In order to accelerate development and public services, PBHI considers it important to carry out dialogue by raising various good practices of co-creation and community participation through the role of a paralegal. This dialogue is expected to initiate a synergy discourse between village paralegals, legal aid organization and the community and identify needs and challenges both in Indonesia and in other countries.

To discuss this issue, in a series of Open Government Week “The role of co-creation to improve the quality of development and public services”, PBHI held a discussion with the theme “Paralegals: Actors in Increasing Access to Justice, Development and Public Services”, together with: